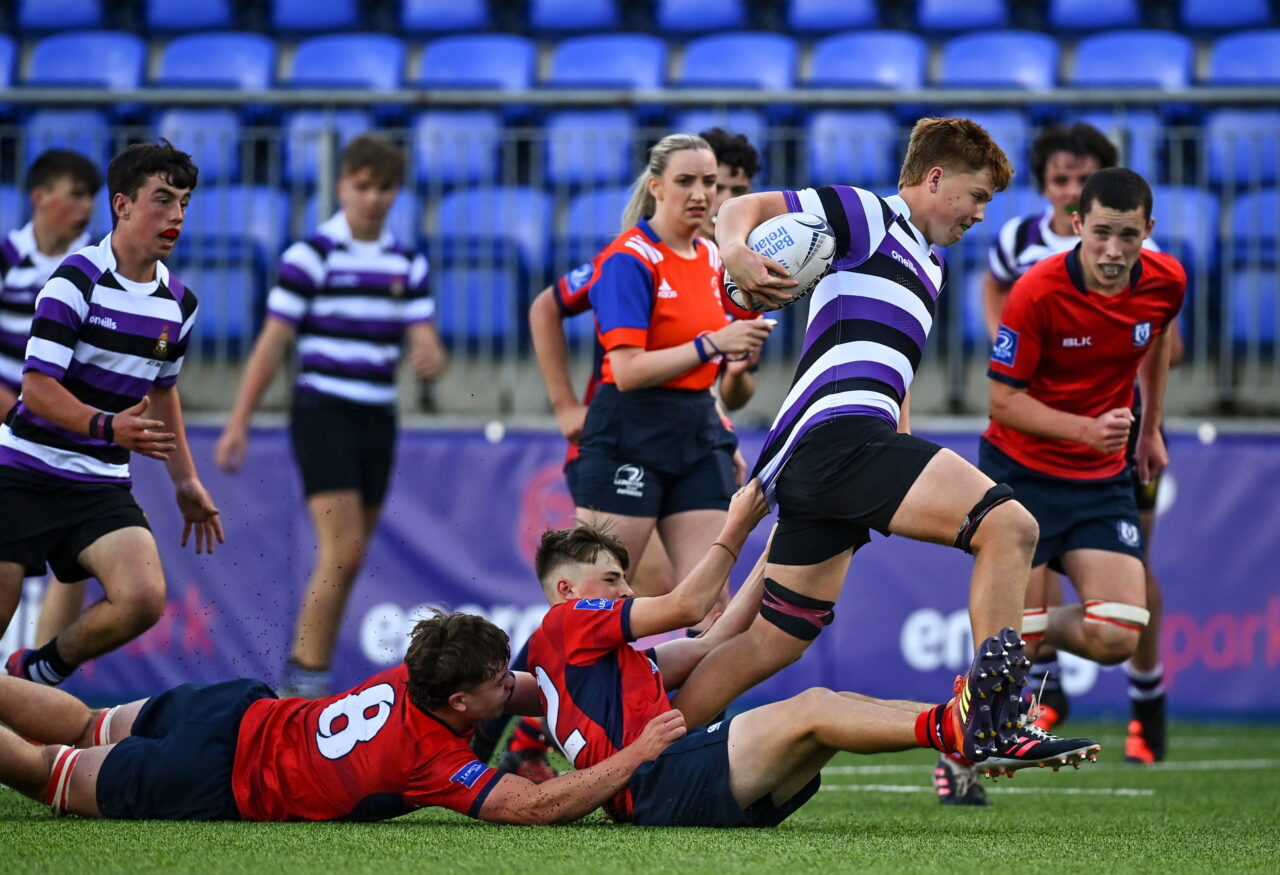 Terenure College powered into the Bank of Ireland Leinster Junior Cup quarter-final at the expense of courageous CUS at Energia Park.

Half-backs Niall Cox and Josh Gordon were in tune too to drive them out of defence.

But, the difference in size was a real problem, Terenure lock Eamon Geraghty taking off and offloading for hooker Mark Egan to touch down, out-half Casper Gabriel adding two points.

It wasn’t long before they came again in waves, the ball whipped left for wing Luke Grimes to go over unopposed.

CUS were under-the-cosh. The work of wing Paddy Curry and lock Jake Carter set up loose-head Scott McAllister for a second seven-pointer in the 12th minute.

Despite CUS’s best efforts, led by captain Ruben Maguire, ‘Nure were soon back on the front-foot, Curry coming into the line to put Grimes in for his second try just before the water break.

It gave CUS time to regroup and reorganise. Tremendous work by flanker Eoghan O’Reilly saved a certain try and Maguire carried the fight from the base of the scrum before a powerful maul provided Egan his second and full-back Simon Horgan rounded the cover for his first.

CUS full-back Sean Turner improvised an overhead pass, the front row of Alex Mulgrew, Ginnelly and Evan Judge put in a solid scrum and Cox kicked to the corner from a penalty.

The pressure caused a yellow card for centre Daniel Martin. The Leeson Street school executed a fine move, Cox flighting a miss-pass to right-wing Luke Thomson for a textbook try only for it to be called back for a forward pass on half-time. 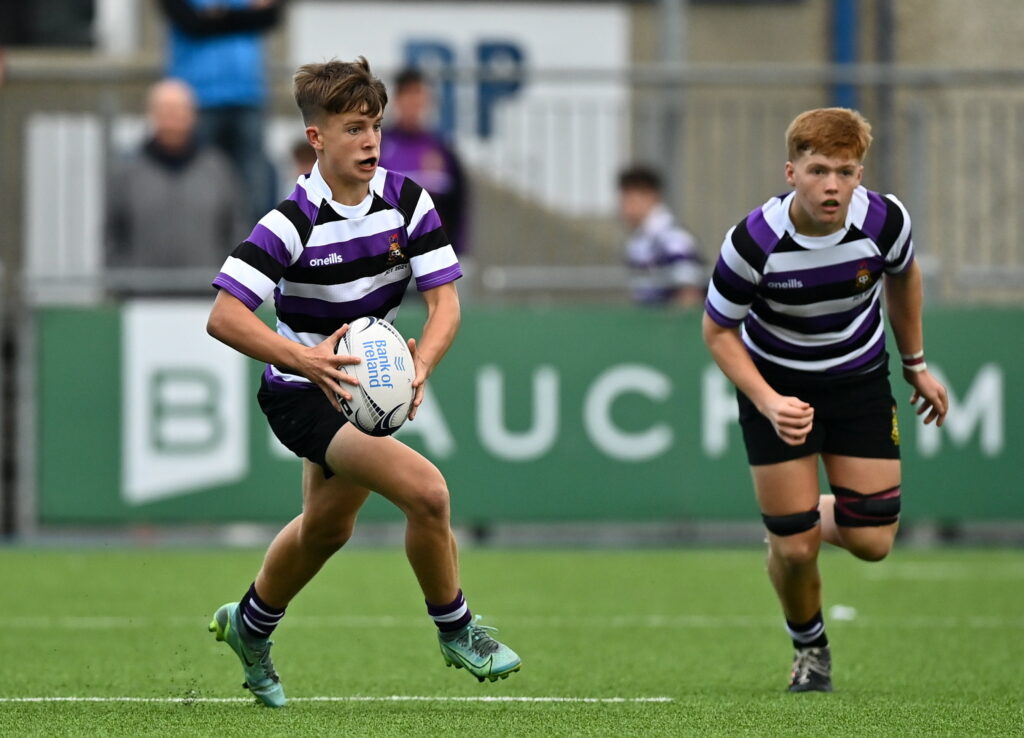 On resumption, Maguire was quickly onto the ball and CUS were in good shape until the play broke down and Horgan skipped away from the cover for Gabriel to convert.

Once again, CUS returned to attack, preferring a conservative route to success. Just when it all looked too tight, Cox flashed a pass wide to replacement Senan Campbell for a stunning try in the 41st minute.

The hard-working O’Reilly came close to another only for second row Carter to rip the ball away on the line.

Still, Cox was ambitious in his distribution. Campbell was driving through contact and the pack kept on working their socks down, forcing another yellow card.

The back division swung into gear again, Cox, Vincent Bell and Sean Turner doing their part in putting Campbell in for his second try in the 52nd minute.

They had turned a disaster into something far more admirable, increasingly winning the territorial battle to pose problems until ‘Nure broke away for Donnchadh Cullinan to punch in the eighth try, Gabriel converting.