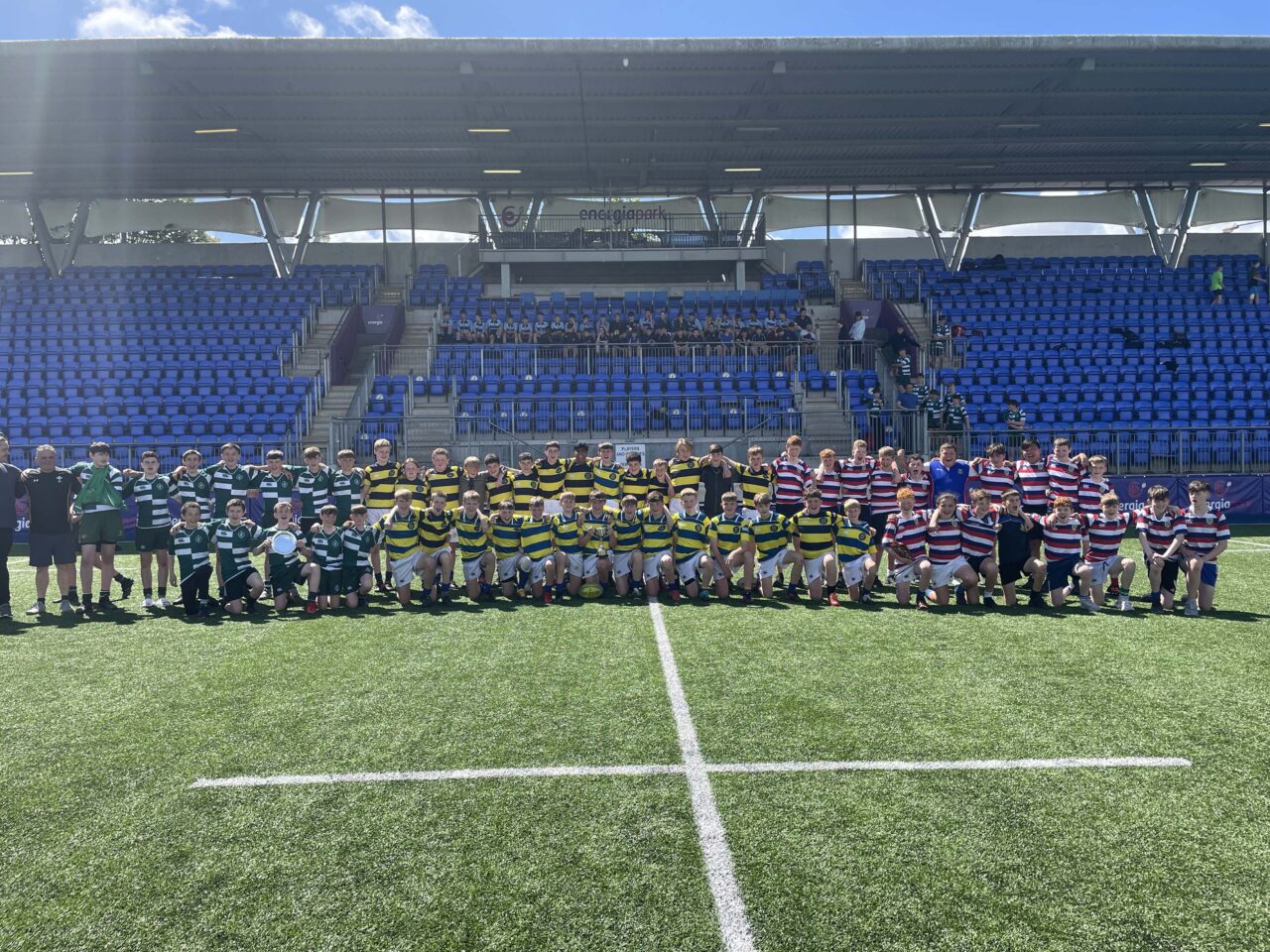 The sun was shining as several schools gathered in Donnybrook to do battle in the inaugural south Dublin sevens finals day, shiny objects were on offer for the winners of the cup, shield and plate sections.

Eight schools in total gathered over 180 first year players to field 12 teams playing sevens rugby. You could feel the tension as the players eyed up their opponents, mind games were being played and the games had not even started.

This is what schools rugby is all about for first years playing with friends and making new ones plus also showing off their best ‘James Lowe skip’ or doing their two step.

Playing in Donnybrook can show these players what they can achieve and it was great to see the rising stars of Leinster Rugby watch the first few games after their training session this morning as the first whistles of battle rang out in Donnybrook across the three pitches.

There was nothing left on the pitches as the group games concluded but it was left it to the brains trust to work out who plays where heading into the semi-finals for the cup, shield and plate (thank god for technology assisting the Metro Community Rugby staff).

Once the knock-out stage fixtures were assigned, the tensions were heightened and teams got themselves ready for the next phase.

The games lived up to what we had hoped, players showing off their speed, handling skills and excellent contact. The ball was treated with the utmost respect as they knew if they did not respect it a try could be handed to the other team. Shouts from the stands egged on the players playing, words of advice being handed in some form of secret language from the side-lines. 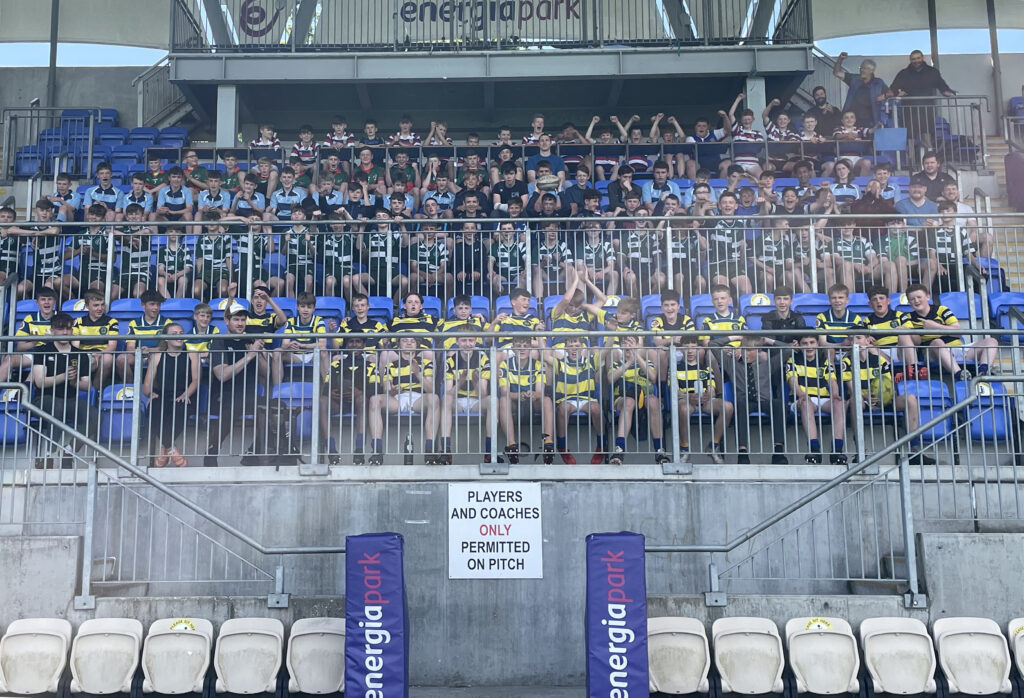 And just like that there were only six teams left, suddenly it was serious, team selections would need to be made, who starts, who are the impact subs!

The Leinster Rugby Metro staff were just happy, happy the battles were close, happy that the sun was out and happy that we could help to have them all there in Energia Park, a day three years in the making.

The first win in the finals was St David’s Holy Faith narrowly beating Coláiste de hÍde to take the plate. The second win was Templeogue College again marginally beating Clonkeen College to find a place for the shield in their school with the third win going to St Benildus College getting the win over Newpark Comprehensive School to lift the cup.

The cup final went back and forth being until Benildus ran in a couple of tries in the final few minutes of a very tense match.

While not all teams could win on the day, the performances made the three rounds before finals day worth it all, teams becoming stronger, confident and able to do it all.

Coaches enjoying seeing the players express themselves in a positive manner and accept things can’t always go to plan. Passion and emotion at times from the players but always players coming up to say thank you after all was done and congratulating each other no matter the outcome.

Thank you to the players, coaches and schools for supporting the inaugural ‘South Dublin Sevens’.