Inclusive rugby growing across the province 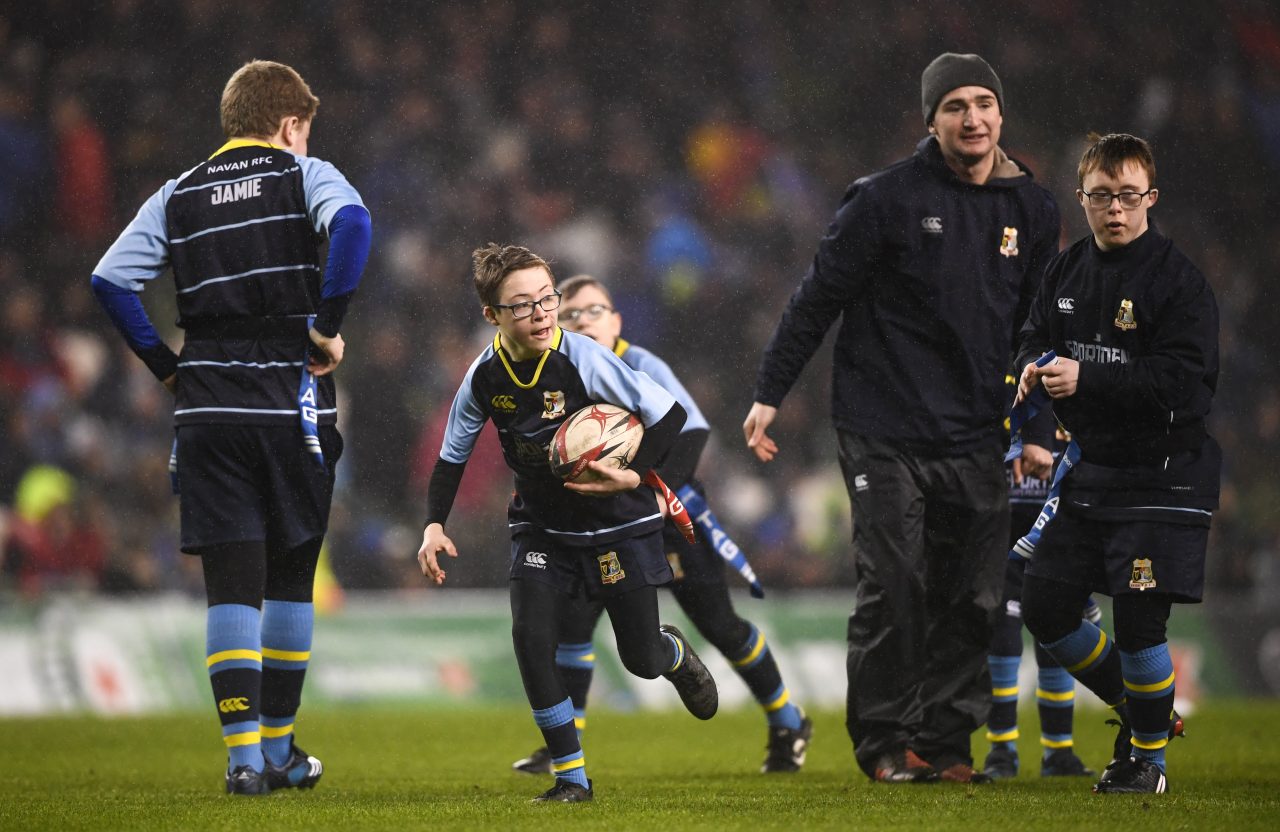 Inclusive Rugby was set up to bring the enjoyment of rugby to adults and children in our communities with intellectual disabilities.

The aim is to provide children and adults with learning disabilities, an opportunity to learn and play tag rugby in a safe, enjoyable and exciting environment. The players, who are both male and female, all have a learning disability. Junior squads cater for players between the ages of six and 14, while senior squads cater for players from 15 years and above with no upper age limit. We also seek to offer parents, families and friends of people with a disability a friendly environment where they can relax, meet new people and enjoy watching the players develop.

It was started formally in the 2011/2012 season when three clubs (Seapoint Dragons, DLSP Eagles and Greystones Seagulls) agreed to run a pilot under the auspices of the Metro Youths area of the Leinster Branch.

By 2015, numbers had grown to seven clubs with Mullingar Lions, MU Barnhall Buffaloes, Terenure Tigers and Westmanstown Taggers joining the original three clubs. There were over 200 players and 50 coaches involved at that stage. At a meeting of the seven clubs in May 2015, it was decided to form a committee and move beyond pilot mode. Also, at this time, the IRFU introduced Disability Advisory Groups (DAG) in each province to promote rugby among people of all disabilities.

There are now 16 active clubs and five more looking to set up a team. The players have a broad range of intellectual challenges but share an enthusiasm for the game and the social inclusion it gives to players and parents/guardians alike.

“As of last weekend, we now have over 20 children in the squad. The coaches and mentors work hard to promote the team and what it has to offer to the parents and children who might like to join our group. The Louth-Meath Division of Down Syndrome Ireland, Enable Ireland, the HSE, and the Meath Local Sports Partnership are all promoting our inclusive tag rugby activity.

“And I think this has helped raise our profile and let parents know that team sport is a real option for their children. To be able to share our game with these wonderful kids is hugely rewarding for me personally and all involved. It is a privilege and an honour to be able to coach them and quite simply the best hour of rugby in the week.

“My hope for the 2019/20 rugby season is that the team continues to grow and that the players continue to develop their skills and love of our game. It is amazing to think that three years ago some of these kids never held a rugby ball before.”

So, what can you do if you know someone who is interested in playing or setting up a team in their club? You can start by contacting a club in your area.