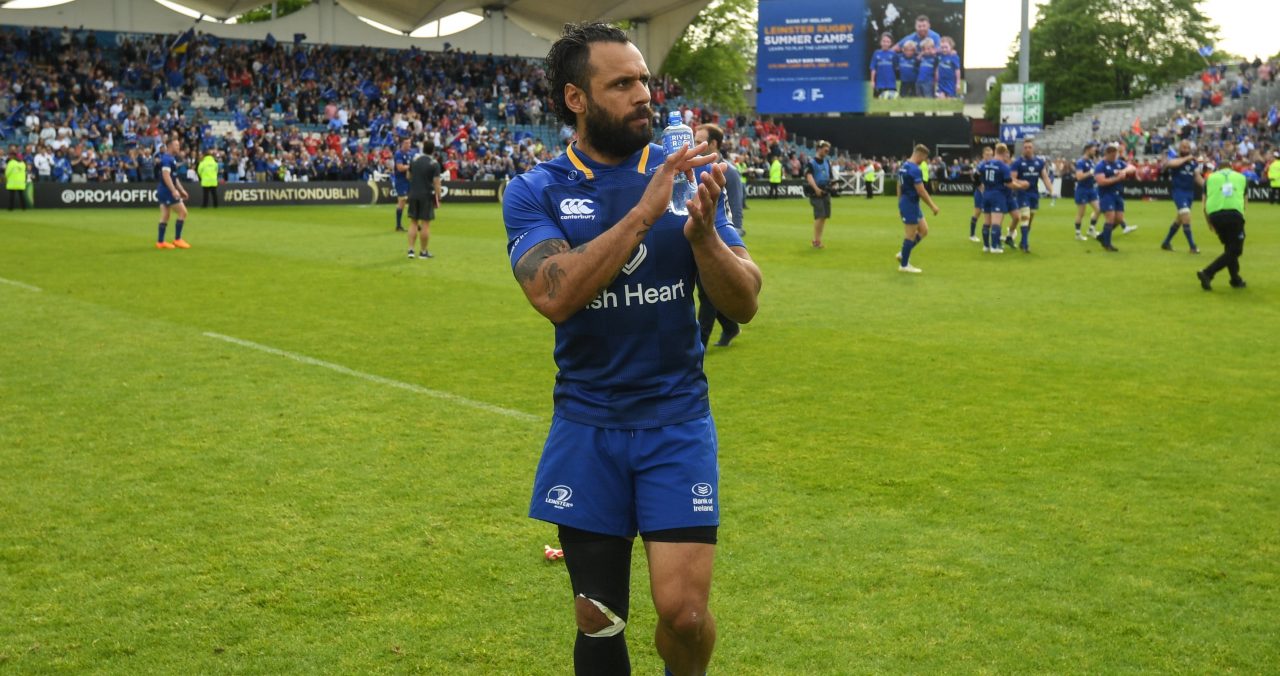 Scrum coach John Fogarty provided an update on injuries when he spoke to the media at Leinster Rugby HQ ahead of the Guinness PRO14 Final against Scarlets on Saturday (KO 6pm – get tickets).

Isa Nacewa picked up a calf injury against Racing 92 which again caused him discomfort and he was replaced at half-time against Munster. He will be further assessed this week ahead of selection at the weekend.

Speaking about the captain, Fogarty said: “He’s sore at the moment. We’re hopeful that he can get himself through the week and get on the field. He’s obviously very important to us on the field, but spiritually, to the group, he’s extremely important. I think everyone’s pulling for him to get on the field.”

Johnny Sexton is expected to return to training this week after a calf injury picked up at training late last week and will be further assessed this week ahead of selection.

“We’re not on the pitch today (Monday), so tomorrow we’ll see how he goes,” Fogarty said of Sexton.

Dan Leavy missed the game against Munster with a tight hamstring and will be further assessed this week ahead of selection at the weekend.

Robbie Henshaw picked up a knee injury against Racing 92 and missed the Munster game and will be further assessed this week.

There was positive news as it was confirmed that Dave Kearney will return to training this week after a shoulder injury.

Tickets for the Guinness PRO14 Final are available from ticketmaster.ie.