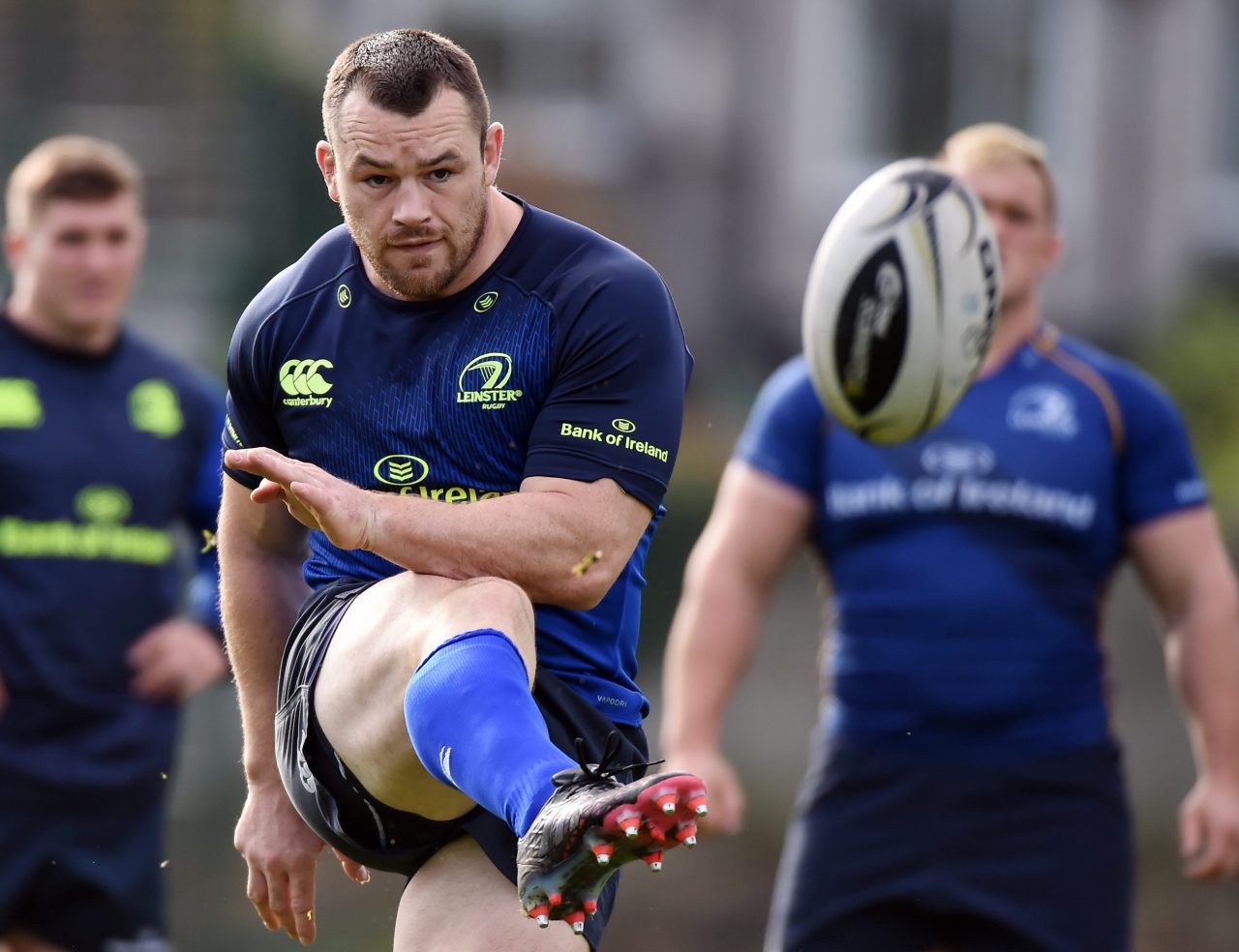 Lancaster issued a clean bill of health from the Northampton Saints game with Cian Healy – taken off for a Head Injury Assessment in the 77th minute – passed fit and available for selection for Munster.

Lancaster revealed that Healy had been taken off as a precaution on the back of a touchline video review by the Leinster medical team but the injury was not in fact a head injury and no HIA was required.

Noel Reid who came off the bench on 63 minutes also came through the game with no issues from his foot injury which had kept him out for the last few weeks.

Otherwise the rest of the squad came through fine.

Lancaster revealed that Johnny Sexton will again be out in the Sports Surgery Clinic in Santry this week and is being monitored closely. Leinster will continue to assess his progress for a hamstring injury.

There was good news for Billy Dardis who has now come through the rehabilitation process for his shoulder and will partake in full training this week. He will now be available for selection.

However it was confirmed that Rob Kearney would be unavailable for selection this week. He will however be reviewed at the start of next week for availability for selection in the Ulster week.

In addition both Joey Carbery and Dave Kearney were ruled out for the next while. Carbery had an ankle operation last week for syndesmosis repair and will be out of action for up to eight weeks, while Kearney saw a specialist last week and had an operation on an ankle injury. He will be out for up to six weeks.