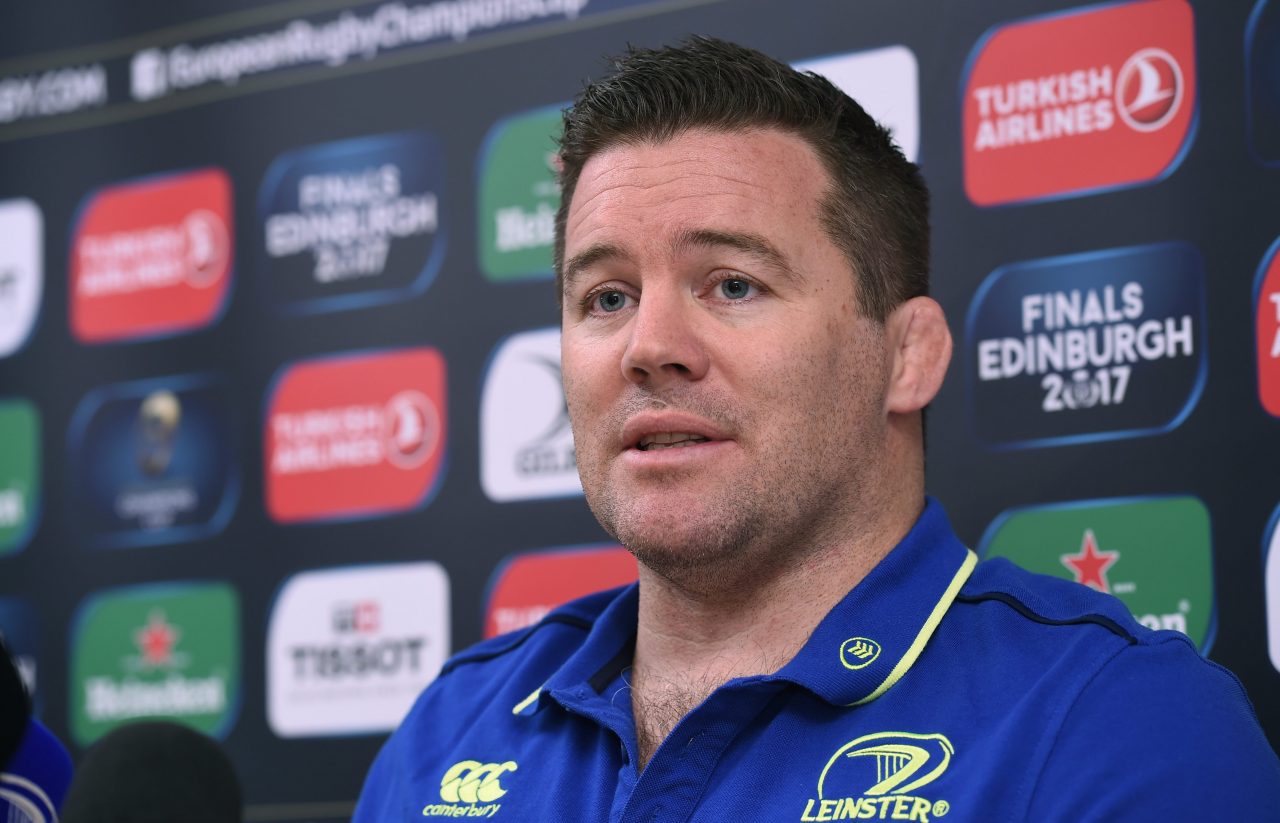 With nearly 17,000 tickets already sold for the game Fogarty confirmed that Johnny Sexton had come through Friday’s game against Zebre and that Rob Kearney would also take a full part in training today.

However there was bad news for Sean Cronin as Fogarty confirmed that the hooker, who won his 125th Leinster cap on Friday, was ruled out of the Montpellier game with a hamstring injury. The full extent of the injury would be known later in the week after a further scan.

Elsewhere there was positive news as Academy prop Andrew Porter passed the Return to Play Protocols and both Ed Byrne and Cathal Marsh made competitive returns for UCD and St Mary’s at the weekend as they returned from injury. It was Byrne’s first game since August 2015 when he injured his knee against Ulster in a pre-season friendly.

Finally, Fogarty also confirmed that Mike Ross and Fergus McFadden would be stepping up their rehabilitation programmes this week and would again take part in on-field training with the rest of the squad.

Fogarty is looking forward to a special RDS night and acknowledged the progress made by the club in the last 12 months.

“I think if you look at where we were this time last season against Bath in Round 5 to where we are now we have made some good progress.

“For the players, six made their first starts that night in the RDS in a game that had no significance for us in terms of Europe unfortunately but has played a huge role in the development of those young lads.

“As a club as well, we are in a better place and I suppose Friday gives us the chance to top the pool and after that we will see about a home quarter-final. But we have to do our jobs right on Friday first against Montpellier and I think it can be a really special night for this group of players and this club and I hope the crowd play their part in that too.”

16,700 tickets have now been sold for the game in the RDS Arena with the remaining 1,500 tickets available to purchase on leinsterrugby.ie/tickets