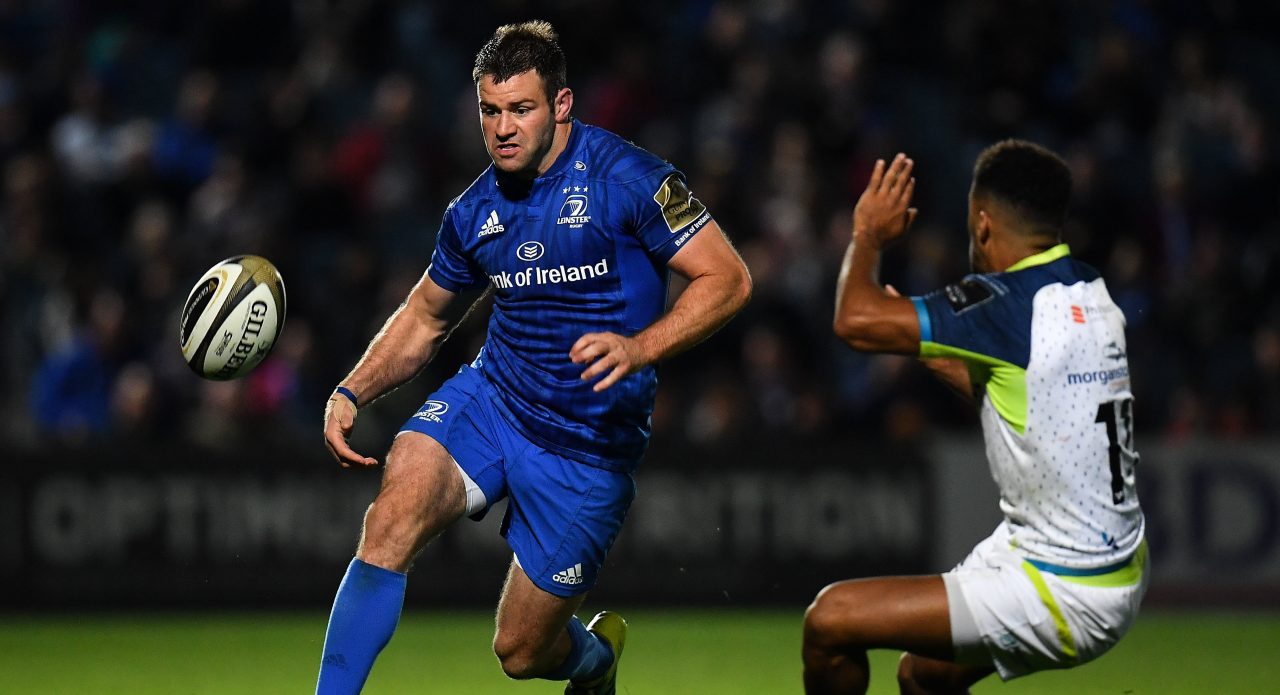 Leo Cullen provided an injury update on the squad when he spoke to Leinster Rugby TV ahead of Friday night’s Guinness PRO14 meeting with Dragons at the RDS Arena (KO 7.35pm).

Cullen confirmed Hugo Keenan picked up an ankle injury late in the game against Zebre last Saturday and is due to be further assessed this week.

There was positive news as Ed Byrne (neck) and Ciarán Frawley (ankle) have both returned to on-field training and will again increase their training load this week.

“Ferg is always a very abrasive player for us,” Cullen told Leinster Rugby TV. “He was a little unlucky one day in training, so, hopefully, he won’t be a million miles away.”

“Ed Byrne is making progress. He’s been a little bit slower than we would have liked with that neck injury.

“Ciarán Frawley is back training now so we’ll see him featuring at some point soon, hopefully.

“The other one is probably Hugo, he picked up a bang to his ankle at the weekend. It was very late –  literally the last minute of the game.

“We’ll see how he is this week. The short turnaround makes things a little more difficult for him. We’ll see how guys come through today.

“Overall the health of the group is pretty good. Everyone behind the scenes, medics and S&C is making sure we have decent availability.”

Leinster Rugby returns to the RDS Arena this Friday night to take on Dragons. Tickets are available now from €26.