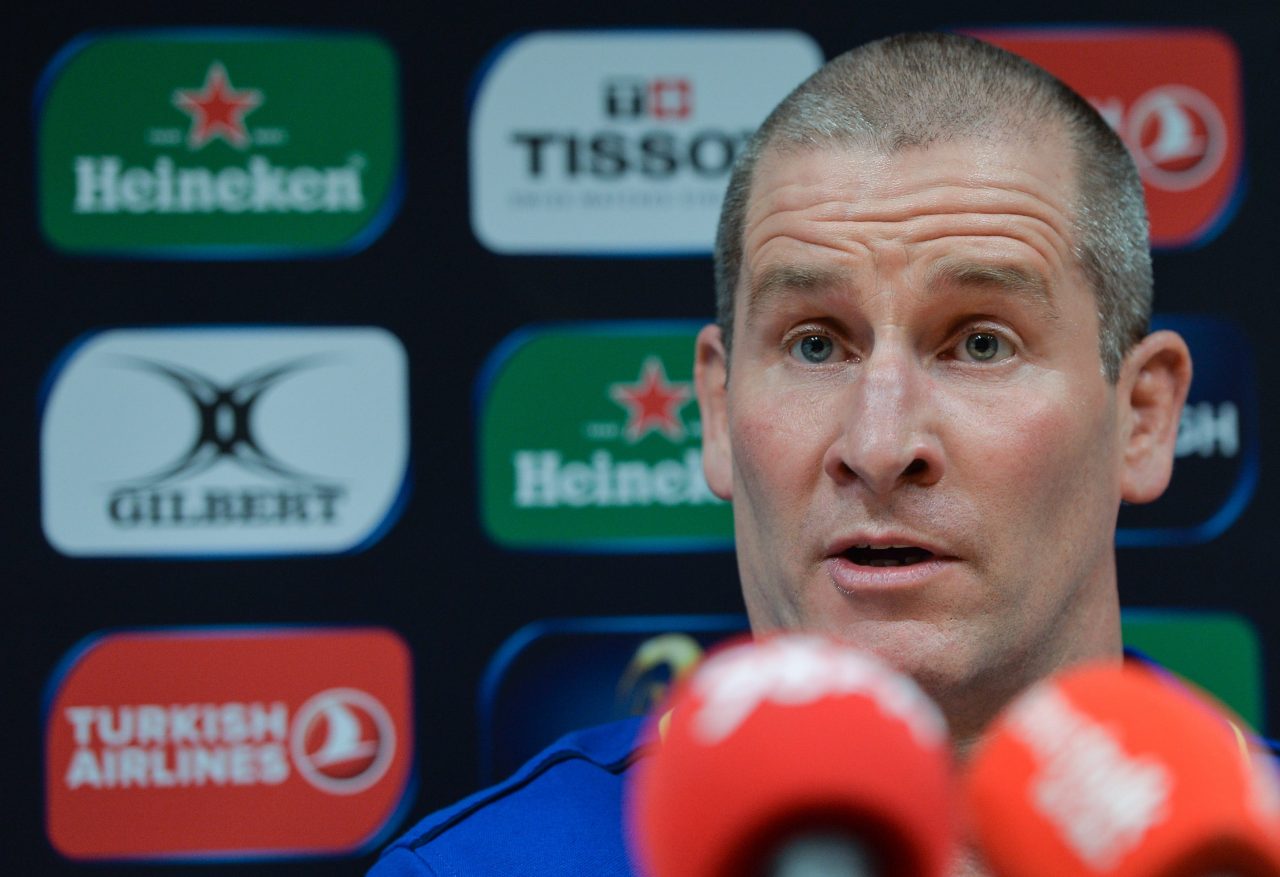 Following Friday’s game against Montpellier in the RDS Arena, Lancaster confirmed that Rob Kearney had come through the game with no ill effects after his ankle injury and would train as normal this week.

Johnny Sexton, who was removed in the first half for a Head Injury Assessment, passed his HIA1 and returned to the field.

While Leo Cullen confirmed post-match that the issue was a neck injury, Lancaster further confirmed that Sexton has since passed both HIA2 and HIA3 as per the protocols and will be available for selection. Isa Nacewa was withdrawn at the start of the second half with a dead leg and will be assessed further as the week progresses, while Robbie Henshaw was also removed as a precaution as he felt tightness in his thigh.

Lancaster confirmed that Sean O’Brien missed out on selection last week with a minor calf injury and wasn’t risked and would again be assessed this week but was more of a concern than Isa and Robbie.

“We’re not worried about Isa or Robbie, they were more bangs.

“Seanie’s is a bit more residue from last week’s pull which hasn’t really settled down so he’s more of a concern for this week.

“Obviously make a decision later in the week but having said that Jack Conan, Jamie Heaslip and Josh van der Flier didn’t do too badly and Dan Leavy is a pretty good bench option for us.”

There was good news on the injury front as Fergus McFadden and Mike Ross will again step up their recovery this week and took part again today in the on-field session. Similarly both Joey Carbery and Dave Kearney took a limited part in the on-field session as they step up their recovery.

However, there was bad news for Sean Cronin who Lancaster confirmed would be out of action for the next 10 weeks with a hamstring injury sustained in the win over Zebre in the Guinness PRO12.

This will rule the 56 times capped hooker out of the upcoming 6 Nations with Ireland.

After the Round 5 games at the weekend, Leinster Rugby are top of Pool 4 and have already booked their place in the last eight of the Champions Cup but a win on Friday against Castres would secure a home quarter-final in the Aviva Stadium on the weekend of the 31st March 2017.