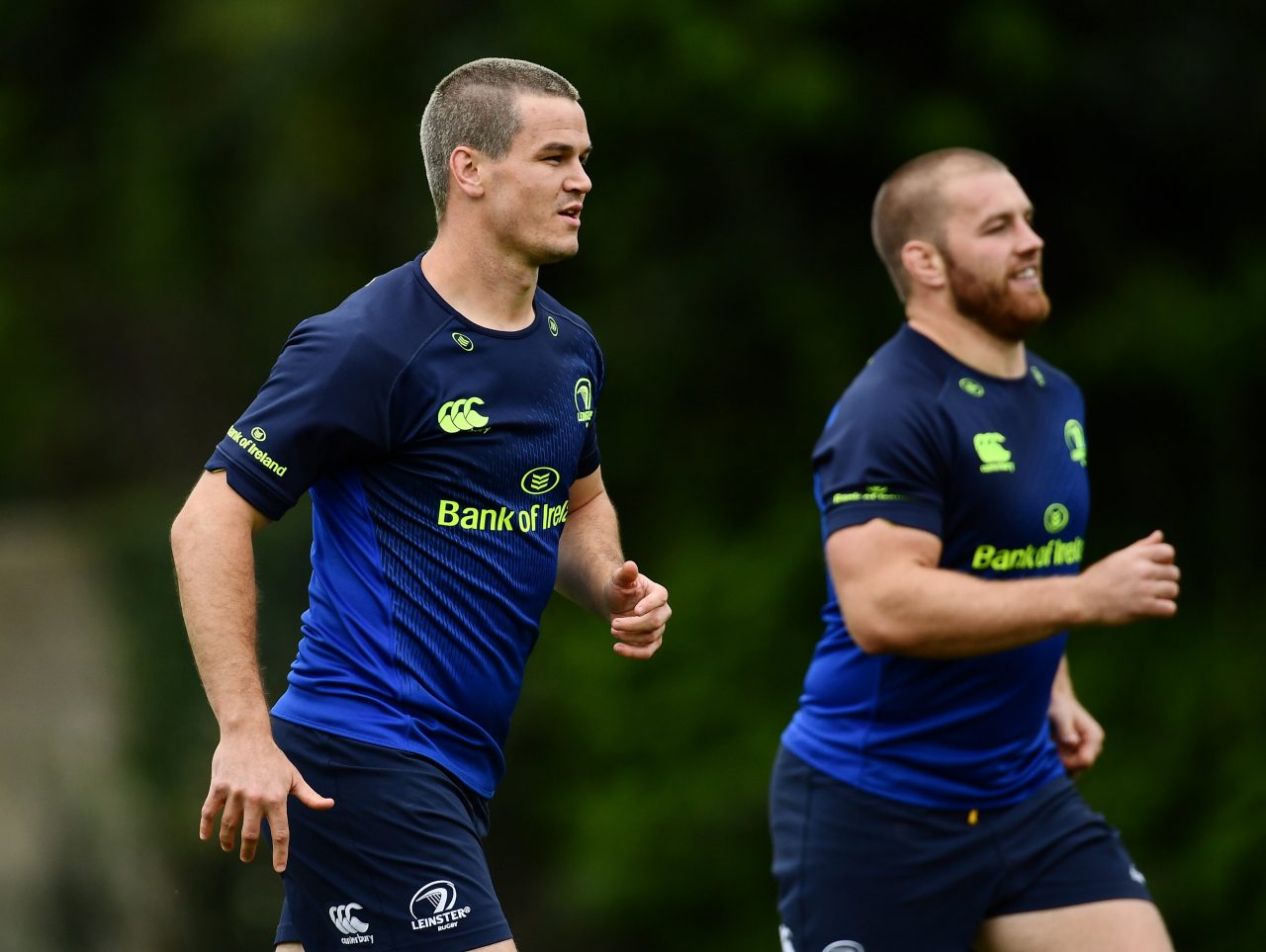 Speaking to the media ahead of the Guinness PRO12 match against Ospreys at the RDS Arena on Friday, Girvan Dempsey provided an update on injuries.

Dempsey confirmed that Rob Kearney would be out of action for a couple of weeks with a knee injury, but there was positive news on Johnny Sexton.

“We’re hopeful that [Kearney] will be back before Europe,” Dempsey said at the press briefing in Leinster HQ.

“He’s strained his knee so he’s in a rehab programme at the moment. It’s gut-wrenching for him. He’d come back and he was like a new kid: re-energised, revitalised, back on the field, actually taking a lot of ownership in certain areas of our game, and moving really well. It’s just so disappointing for him to get that knock. He’s responded well to his initial rehab and we’re hopeful that he’ll be back sooner rather than later.”

Dempsey also confirmed Sexton’s return to training saying that the out-half’s availability for this Friday’s game would be determined later in the week.

It was also confirmed that Rhys Ruddock has returned to training and will also be assessed later in the week ahead of the game against Ospreys on Friday night.

Fergus McFadden, who picked up a minor quad issue during the captain’s run ahead of the game against Glasgow Warriors on 10th September, wasn’t risked for the Edinburgh game. McFadden has returned to training and will be assessed later in the week.

Isa Nacewa made a try-scoring return on his 150th Leinster appearance at BT Murrayfield last Friday. The captain came through the game with no issues.

It has also been confirmed that Ross Byrne has sustained a mid-foot injury and is being assessed by the Leinster medical team this week.

No updates – Unavailable for selection

Over 30,000 tickets have now been sold for Leinster v Munster at Aviva Stadium on 8th October. Will you be there? Tickets are on sale from €;25.