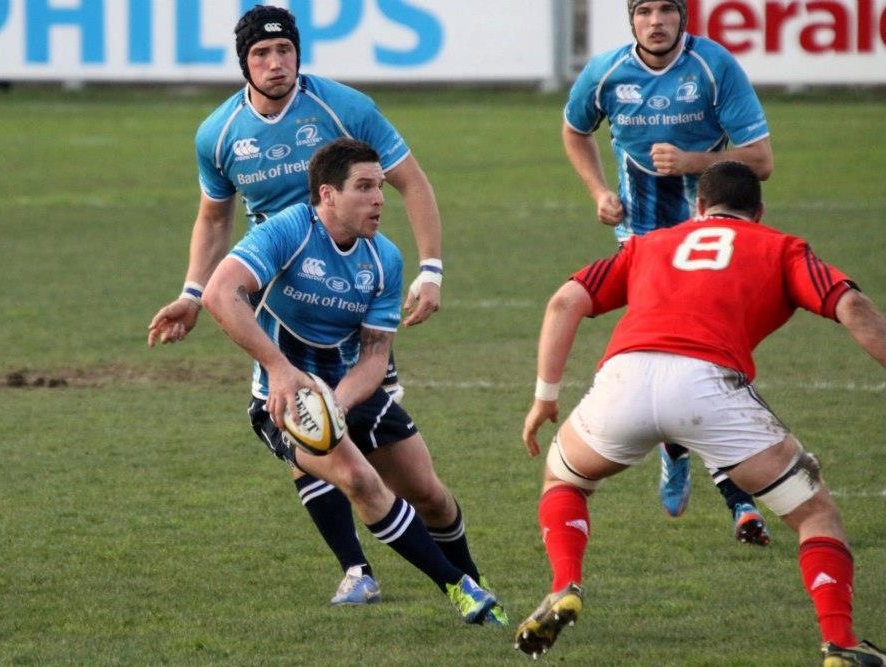 Adam has been working with Leinster Rugby as a CRO for the last 7months. He began as a Club Community Rugby Officer with Suttonians RFC for 3years before moving to the south side of the city as CCRO for Blackrock College RFC.

Currently the Dun Laoghaire Rathdown area is serviced by three Leinster rugby staff members, Adam as the CRO and 2 CCRO’S, one on a part time basis and the other fulltime. Together they are working with 58 schools throughout the school year, translating into a ball in hand figure of around 10,000.There is six rugby clubs in the area with five of these clubs having mini /youth sections meaning around 1550 players taking part in regular club rugby each week.

While there has been huge participation through schools programmes in the DLR County with TAG rugby and Touch Rugby , it is Adam’s ambition to translate this participation in to the surrounding clubs and have the contact game developed more through 7s rugby and 10 aside rugby. The aim is to have this start with non traditional rugby schools where there has been a keen interest to start these programmes without the need for the vast knowledge you need to play the 15 man game with position specifics.

By having DLR County Council support and Local club support we have and will continue to bring blitz days to each club throughout the season where players new to rugby will have a chance to see their local clubs and where there is an opportunity for them to join.

With this development in the schools we hope to bring participation numbers up at the youth level in all clubs in DLR.This has also developed the need for up skilling our school and club coaches through regular on field workshops and our stage 1 & 2 coaching courses where they can also help us identify specific requirements for new players to the game.

On a personal note Adam is still playing himself in the AIL with  Lansdowne FC and has a huge interest in all things ball sport related including basketball, rugby league, tennis and cricket as well as a love of an adrenaline rush!! In the winter you can find him snowboarding and in the summer it could be wakeboarding and jet skiing, along with many other things Adam has done bungee jumps, canyon swings, raced quad bikes and next on the list is a sky dive!!