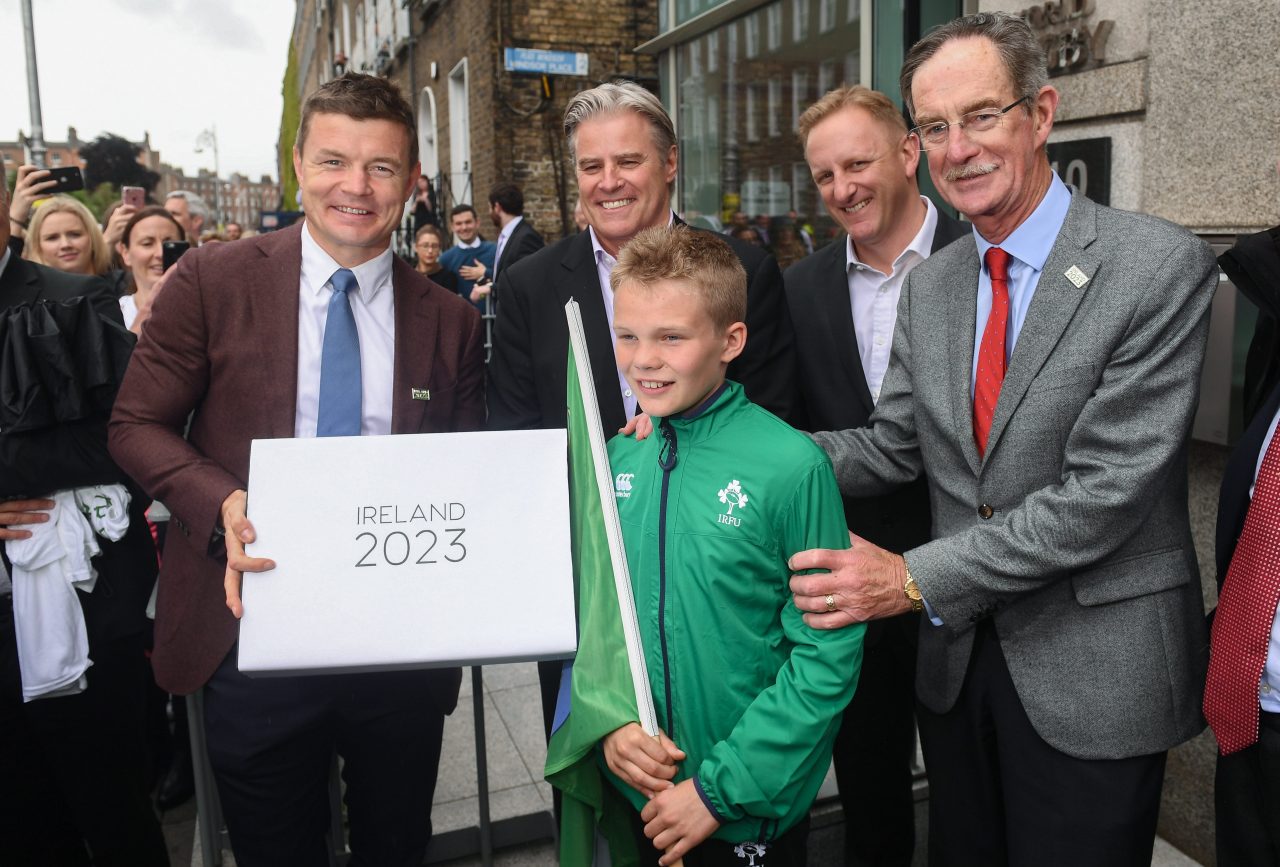 The Ireland team bidding to host Rugby World Cup 2023 is confident that its commitment to deliver a ‘Tournament Like No Other’ will capture the hearts and minds of World Rugby voters, while delivering the largest, most secure, commercial programme ever offered to World Rugby for the privilege of hosting rugby’s biggest prize – the Rugby World Cup.

At a media briefing at The Irish Embassy in London, just one week before the IRFU will deliver its bid presentation to the World Rugby Council, Kevin Potts, Tournament Bid Director, and Philip Browne, IRFU CEO, promised a tournament full of Irish spirit, that will capture the imagination of the world and help to drive Rugby’s global momentum, thanks to Ireland’s unrivalled network of emigrants – the diaspora.

While exact details of the financial package being offered to World Rugby must remain confidential, the IRFU are confident that their financial offer will be the largest delivered to World Rugby, and the most secure, thanks to the unrivalled commitment of the governments of the Republic of Ireland and Northern Ireland.

Highlighting Ireland’s world class tourism market, iconic stadiums and training venues and the ease with which teams, fans and supporters will be able to travel from venue-to-venue, the IRFU believe that a Rugby World Cup in Ireland, which would be the sole focus for the entire Island, provides World Rugby with an unsurpassable opportunity to bring the Rugby World Cup to another new host.

Kevin Potts, IRFU COO and Bid Director, said: “This bid represents the hopes and aspirations of the entire Island and is focussed very firmly on the future.

“It presents World Rugby with a compelling proposition that combines all the advantages of a traditional Rugby market with the many opportunities of a new one.”
This bid is grounded in certainty through: unparalleled Government support, the availability and suitability of sold out, iconic stadiums set in the heart of cities and towns, and of course Ireland’s unrivalled access, through our diaspora, to the North American market.

“A key part of our vision is to support the growth of rugby worldwide – by using the Rugby World Cup in Ireland to connect with the wonderful support of the Irish diaspora worldwide, particularly some 40 million in North America alone. Through the diaspora and Ireland’s existing, proven platforms with them, this tournament will set new records for travelling fans and connect with new audiences for the game internationally.”

Philip Browne, added: “Ireland’s commitment is underlined by the fact that Rugby World Cup 2023, from the turn of the decade, will be our sole focus in terms of a major international sporting event, ensuring no distractions for key host authorities and no competition for the attention of Irish Sports fans and sponsors.

“Ireland is truly ready for the world – ready to host the world and ready to promote rugby throughout the world.

“This Bid has the total support of the Irish Governments. We can guarantee that Ireland has the capacity to deliver a wonderful Rugby World Cup in 2023 which will have the backing of people throughout the island.”