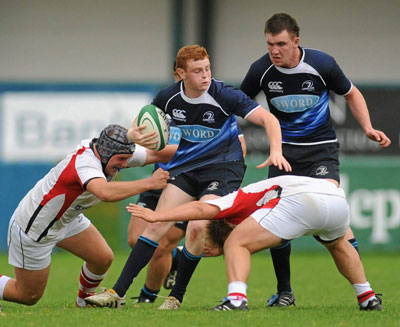 An Ireland Under-19/ Under-20 development team has been named to play a France Under-19 selection in Besançon, which is located 50km East of Dijon on Thursday (KO: 7pm local time)…

The match against France is the second of two annual matches which allows the IRFU to benchmark individuals as well as the quality of the player development cycle.

The team is made up of the best U-19 (as per 1st Jan IRB regulations) from schools and clubs and is coached by Leinster Academy Coach Colin McEntee and Ulster’s Johnny Bell.