Ireland to face England in 5th-place playoffs at U20 Championship 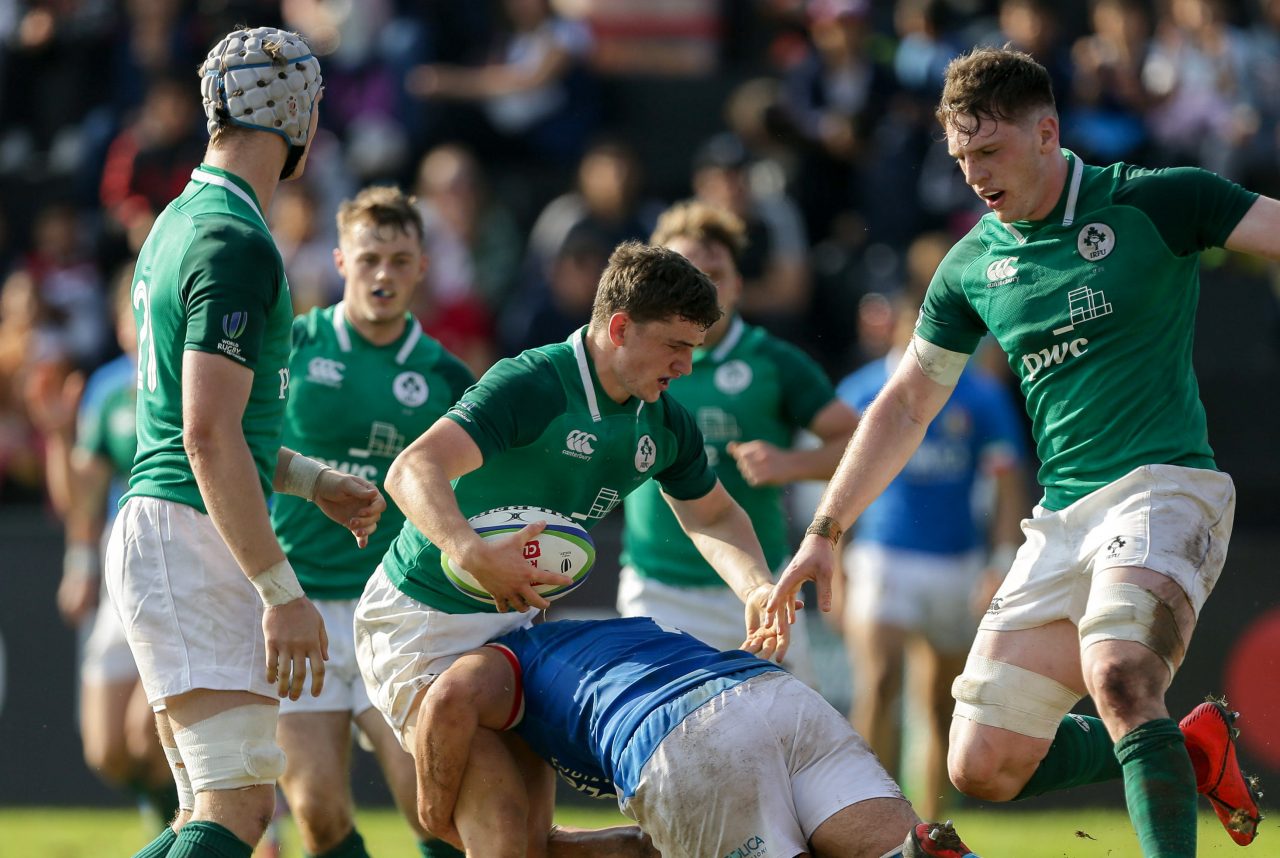 Ireland U20 secured second place in Pool B of the World Rugby U20 Championship with a 38-14 bonus point win over Italy in Argentina on Wednesday.

That win put Noel McNamara’s men in with a chance of reaching the semi-finals but results later in the day didn’t fall favourably so they will play for 5th place along with England, New Zealand and Wales.

They will face England on Monday (kick-off 3.30pm local time/7.30pm Irish time) with the winner going on to face either New Zealand or Wales for fifth place in the tournament.

Ireland had the bonus point sewn up before the break but a determined Italian side came roaring back with tries either side of half-time.

The boys in green added to their tally with a try from Ryan Baird, who made his senior Leinster Rugby debut back in April.

Baird’s try was the final score in an attritional encounter which sets up another meeting with an England side that will be looking for revenge after a 42-26 first round defeat.

England made sure of their place in the 5th-place playoffs with a thumping 56-31 win over Australia in a 13-try slobberknocker.