Ireland include 13 Leinster players in panel for Italy… 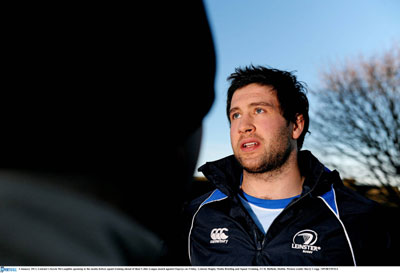 An Ireland 26 man squad joined up in camp on Sunday evening in Dublin to begin final preparations ahead of the opening game of the RBS 6 Nations Championship against Italy next Saturday (February 5th) in Rome….

In all there are 13 Leinster players in the panel. There are no fresh injury concerns for the Ireland team after last weeks camp in Limerick and the Ireland Wolfhounds game against Scotland, with Gavin Duffy, Tomas O’Leary and Kevin McLaughlin coming into the senior squad from the Wolfhounds side.

The Ireland team to play Italy will be announced this Tuesday and the Ireland Wolfhounds squad to face the England Saxons in Ravenhill on Friday night will also be announced on Tuesday.