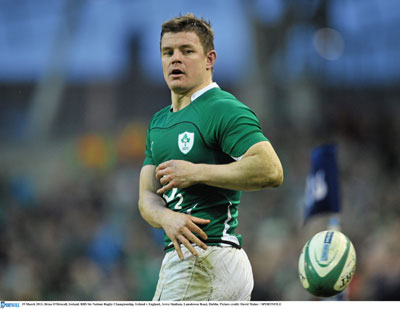 The squad includes the majority of players who have been involved with the squad over last season, having either played for the Ireland team or the Irish Wolfhounds side. From this group, 10 players have been capped for Ireland since November 2008, with a further four players – Felix Jones, Mike McCarthy, Conor Murray and Brett Wilkinson – yet to make their full international debuts for Ireland.

The squad also includes several players who are in the process of returning from long term injuries to begin their preseason after lengthy layoffs. Some short term injury concerns were Shane Jennings, who broke an arm at the end of the season and Tony Buckley, who had a procedure on a shoulder injury, but it is expected that both will have healed sufficiently so as not to restrict the beginning of their conditioning programmes.

The only players unavailable for selection are Shane Horgan, Ian Humphries and Nevin Spence who all had to undergo surgery on long standing injuries. The rehabilitation period is such that all three players will not be able to take part in the Rugby World Cup conditioning schedule to enable them to build up the required fitness levels, and so none of these three players will be available for the games during the Guinness Summer Series in August.

Following the completion of each camp, players will return to their provincial centres to continue their strength and conditioning work. The Ireland coaching staff will work closely with the squad during each of the camps and also with the players when they are back with their provincial teams.

Ireland Coach Declan Kidney said, “This is the first step in preparation for the Rugby World Cup and the group called into our first camp shows that there is competition for places right across the board. There are players who we have identified as part of the larger Rugby World Cup squad who will not be in the first camp and will be based with their provincial and club fitness staff, but that may change as we go through June and July, so none of that larger group are necessarily out of contention for the final squad”.

“The aim three years ago was to deepen the strength of the squad and there are a number of players that have come through in that time either playing with their provinces or with the Wolfhounds and the Ireland team. There are big challenges ahead for the group with the coming preseason and then five games in August”.

Tickets for Ireland v England and Ireland v France in the Guinness Summer Series are on sale now.

There is great value with tickets starting at just 20 Euro. Family Packages for two adults and two children start at 60 Euro. The first phase was snapped up but more family packages have just been added.

Not considered due to injury: