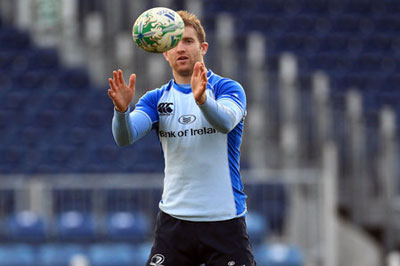 One player named for the first time in the senior squad is the uncapped Connacht forward Mike McCarthy. Leinster’s Luke Fitzgerald and Rory Best also return after suffering injuries during the Guinness series in November.

Ireland Coach Declan Kidney said, “As always the selection of the squad is never an easy one but certainly the level of competition in each position is probably as great as it has ever been over the last two years. Players have been really pushing their performances for their provinces, so that level of competition can only be good. That translates into more competition for each place in the squad and then for the first selection against Italy, which can only be a good thing coming into the championship.”

An O2 Ireland Wolfhounds panel was also named today and that squad will be supplemented by further players following the weekend provincial games. The team to play Scotland A in Netherdale on Friday (January 28th) will be selected from this group next Wednesday (January 26th).

Commenting on the O2 Ireland Wolfhounds panel announced, Declan Kidney said, “In terms of player game time ahead of the Championship and Rugby World Cup squad development, the two Wolfhound games are of enormous importance to us. The players named today in the Wolfhounds squad are very much in contention for the game against Italy. We have left a vacancy in the squad that we will fill after the provinces play this weekend and weigh up who we want to have game time and who we want to retain with the senior squad in Limerick”.

Speaking overall about the tournament, Kidney said, “The RBS 6 Nations Championship remains one of the best tournaments in world rugby. We will be treating it as a separate entity from what happens over the rest of the year and focus on building on the positives from November for the championship. As we know from last year and every other time we have faced Italy, they represent a greater threat every year. The addition of their teams in the Magners League is building their experience and I think that will have an even greater influence on their national side for the championship. The key for us is to work hard in setting the foundations for the tournament in our first week in camp and our only focus will be on that opening game against Italy”.