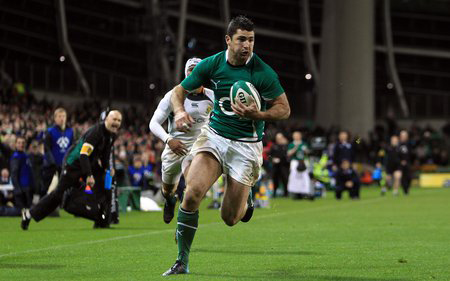 Following the game against Samoa at the weekend, there were the normal high level of bumps and bruises but no major injuries to report…

Of the bumps and bruises, Leinster prop Cian Healy picked up a dead leg near the end of the game. Healy will be monitored over the next 48 hours to see how the bruising responds to treatment.

Rob Kearney has progressed well from the deep bruising he suffered to his knee in the game against South Africa and it is expected that he will return to full training this week.

The majority of the original squad that was in camp last week will remain in place but there are several players being released as well as coming into the squad. Keith Earls has also been released to play for Munster against Australia, but will be returning to the Ireland squad on Wednesday.

The Ireland team to play New Zealand will be named on Thursday.