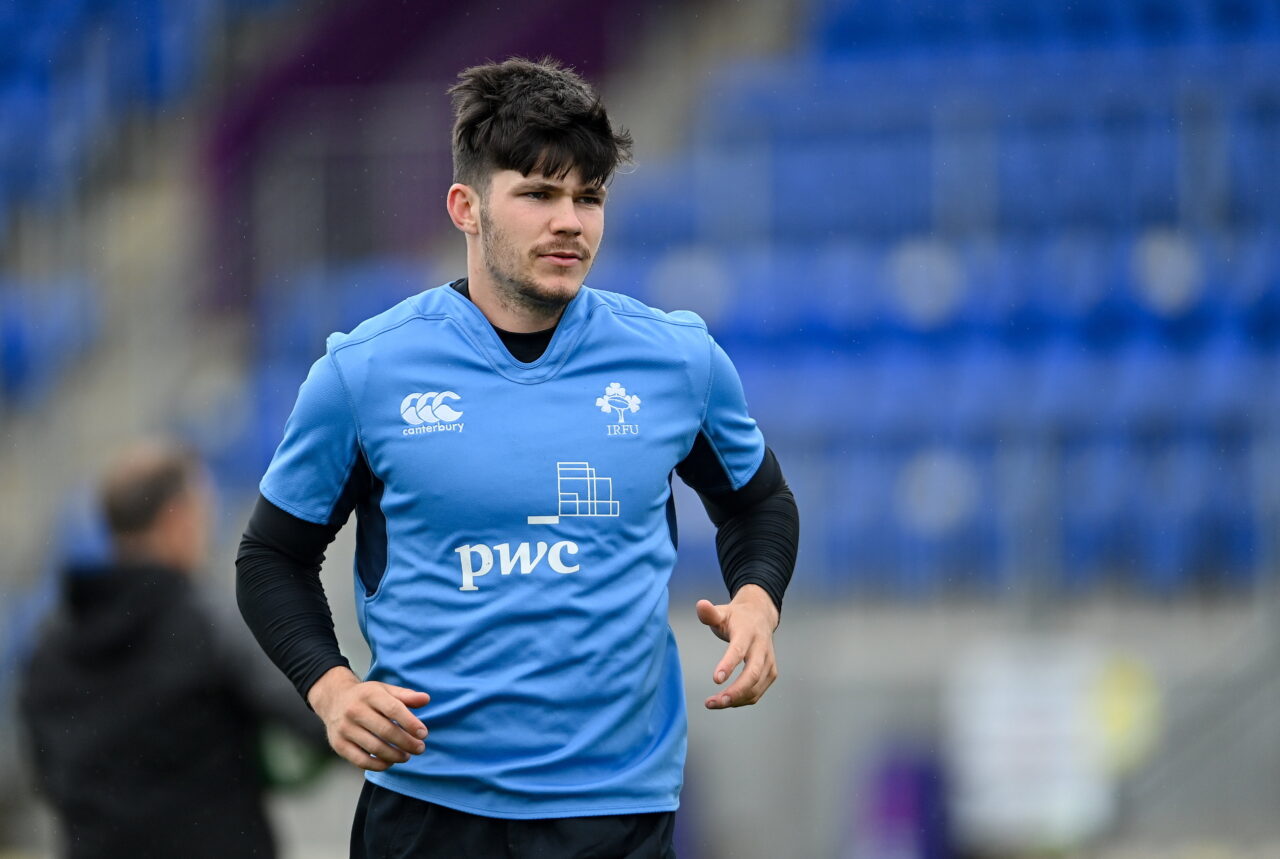 Head coach Richie Murphy has today named a 34-man Ireland squad to travel to the upcoming 2021 U-20 Six Nations Championship in Cardiff.

Alex Soroka and Tim Corkery, who both recently made their senior Leinster debuts, are two of six players involved at this age-grade for a second season, alongside Ulster duo Conor McKee and Ben Moxham, Connacht’s Cathal Forde and Ben Murphy of Leinster.

Munster back row Alex Kendellen has been appointed captain ahead of Ireland’s opening fixture against Scotland at Cardiff Arms Park on Saturday, 19 June (KO 2pm).

Murphy, and his assistant coaches, Denis Leamy and Colm Tucker, are excited about the strength in depth and overall dynamic of this year’s group having had to make a number of difficult selection decisions following a series of squad camps at the IRFU High Performance Centre in recent weeks.

Ireland kick off the Six Nations against Scotland on Saturday week, before facing hosts Wales in Round 2 on Friday, 25 June (KO 8pm).

Murphy’s side will then go head-to-head with England on Thursday, 1 July (KO 8pm) and their Championship will conclude with ties against Italy on Wednesday, 7 July (KO 2pm) and France on Thursday, 13 July (KO 4.45pm).

Commenting on his squad selection, Murphy said: “We have been working hard for a number of weeks and it’s an exciting time for these young players, who have the honour of representing the wider group in Cardiff.

“It has been a challenging year but the players have come in, worked hard and bonded well, and I have been impressed by their work-rate, commitment and application. Now our focus turns to performance and Saturday’s opening game against Scotland, which we know will be a big challenge first up.

“We are looking forward to the opportunities over the coming weeks and are excited by the prospect of an Ireland U20s team returning to Six Nations action.”