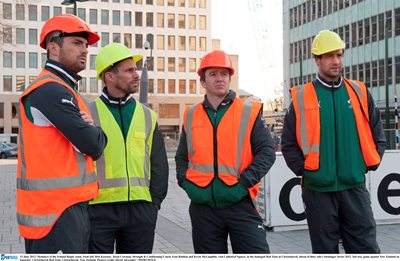 Ahead of Saturday’s second Test against New Zealand, the Ireland squad and management paid an emotional visit to the damaged Red Zone in Christchurch where the impact of the 2011 earthquakes which affected the city are still visible…

Commenting on the visit, Leinster Scrum Coach Greg Feek – who was based in Christchurch when playing for the Crusaders – reflected:

“Everyone knew someone [who was affected]. It’s so long ago but it feels like it just happened for me.

“Initially it was just another bus ride for the boys, but even just coming down Victoria Street there, things started to kick in. It was pretty tough, the boys were pretty quiet.

“For me Christchurch is special because of the people here and you just hope the city can get going again.

“Obviously we were disappointed last Saturday night from a rugby context but this puts it into true context. This isn’t a game, this is real life.”