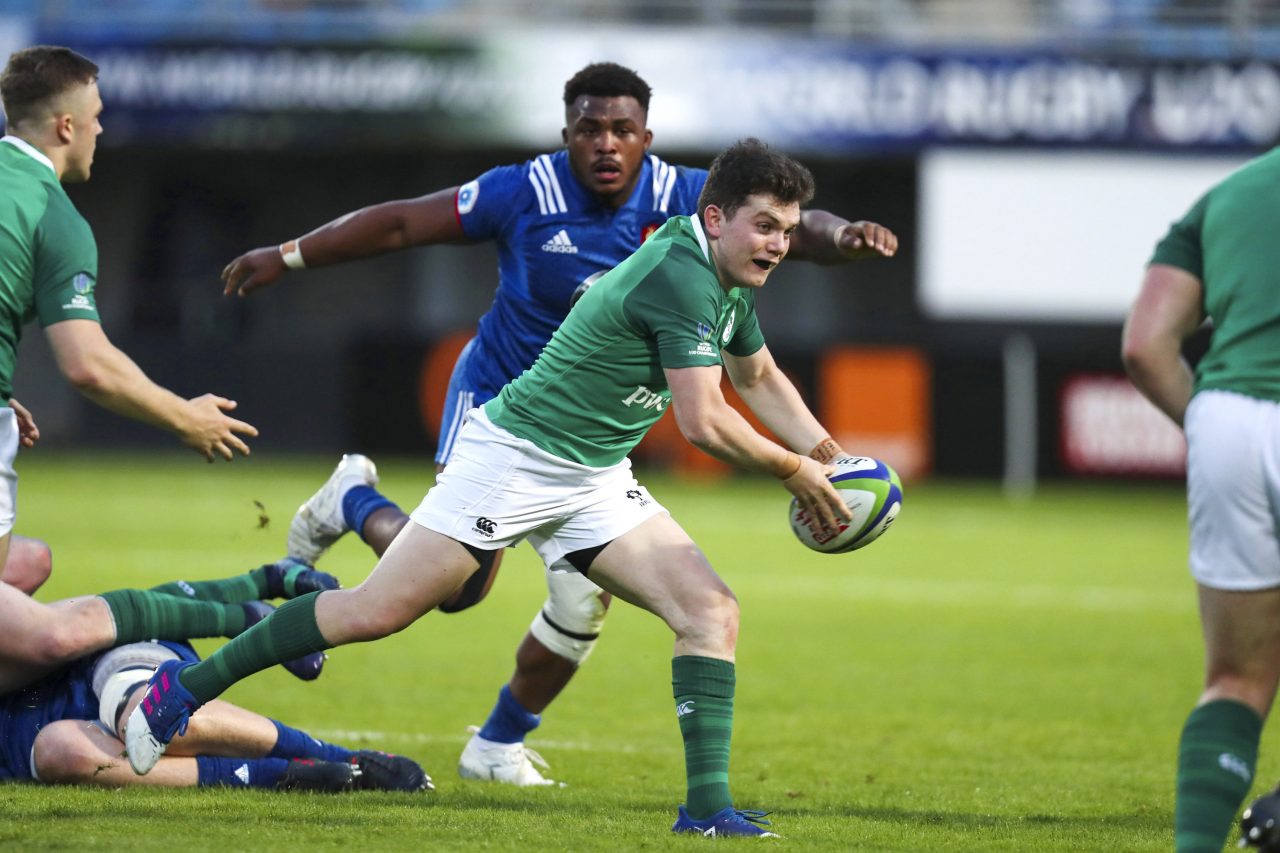 The Ireland Under-20 team to face Georgia Under-20 in the third round of the World Rugby U20 World Championship has been named.

Ireland take on the Georgian side at the Stade d’Honneur du Parc des Sports et de l’Amitie in Narbonne on Thursday at 5.30pm (Irish time) in their final pool game of the tournament.

There are a number of changes to the side that lost to South Africa in their last outing of the tournament.

Jordan Duggan, Diarmuid Baron and Jack Aunger are named in the unchanged front-row while Matthew Dalton is named in the second-row alongside Jack Dunne. Aaron Hall and Jack Daly both make their first start of the tournament alongside captain Caelan Doris in the back-row.

Hugh O’Sullivan starts at scrum-half to partner Conor Dean at out-half, while James Hume and Tommy O’Brien make up the centre partnership. Peter Sylvester starts at fullback with Sean O’Brien named on the left wing. Peter O’Sullivan, who was called up to the squad to replace injured Dan Hurley, is named on the right wing.

Speaking ahead of the test, Head Coach Noel McNamara said:

“We have two tough games under our belt and are disappointed with the results so far. We have another tough game ahead of us tomorrow against Georgia.

“We are all looking forward to the game and hopefully we can perform to our potential.”

The match will be broadcast live by eir Sport in Ireland and online in non-geoblocked locations via World Rugby’s Facebook page and website.

Ireland U20 World Rugby U20 Championship Fixtures and Results