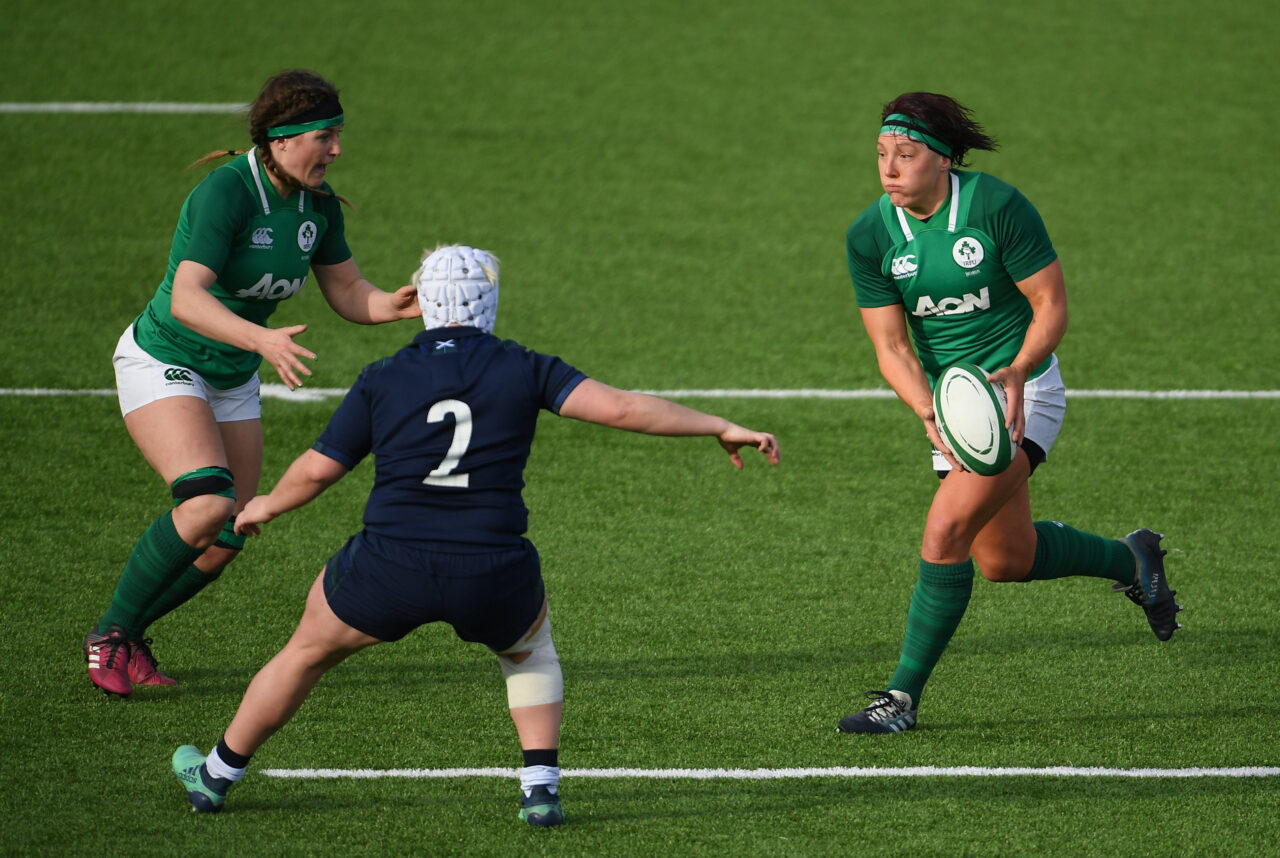 Leinster’s Katie O’Dwyer is in line for her international debut should she be introduced from the bench.

Dorothy Wall will make her first start for the Ireland Women’s 15s side, having been introduced as a replacement in all three of the competition’s earlier rounds. Joining her in the back row will be Claire Molloy, who will earn her 70th cap for her country and captain Ciara Griffin.

Lindsay Peat, Cliodhna Moloney and Linda Djougang all start in the front row for the fourth game in succession with Nichola Fryday and Ciara Cooney behind them in the second row.

Hannah Tyrell and Kathryn Dane form the half-back partnership with out-half Tyrell making her first start of the campaign.

Enya Breen and Sene Naoupu are the centres while Béibhinn Parsons, Lauren Delaney and Laura Sheehan all link up in the back three.

There’s potential for Ireland debuts off the bench on Saturday with uncapped forwards Neve Jones, O’Dwyer and Brittany Hogan all earning their place in the match day squad.

Leah Lyons and Hannah O’Connor will provide the remaining cover for the pack while Ailsa Hughes, Larissa Muldoon and Katie Fitzhenry will give Griggs further options in the backline.

* Denotes uncapped player at this level