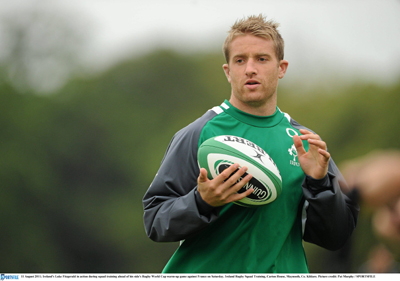 The Ireland team to face France in Chaban-Delmas, Bordeaux on Saturday (KO: 8.45pm) has been named…

The team shows a total of nine changes to the starting team from the side that played Scotland last weekend.

The back three remains unchanged with Rob Kearney, Andrew Trimble and Luke Fitzgerald all named in the side. Paddy Wallace starts in the centre, with Keith Earls getting his first taste of action this season at outside centre. Ronan O’Gara and Eoin Reddan start the game as the halfback combination.

In the forwards, one of the nine changes to the team is a positional switch, with Donnacha Ryan moving from the second row to the blindside and Donncha O’Callaghan coming in to partner Leo Cullen, who will again captain the team.

The other change to the back row is Sean O’Brien, who starts his first game of the August programme. There is an entirely new front row, with Cian Healy, Rory Best and Mike Ross coming into the side.

In the replacements, Paul O’Connell and Jamie Heaslip are named in their first match 22 of the season, with the uncapped former Ireland U20 scrumhalf Conor Murray being named in a match squad for the first time.