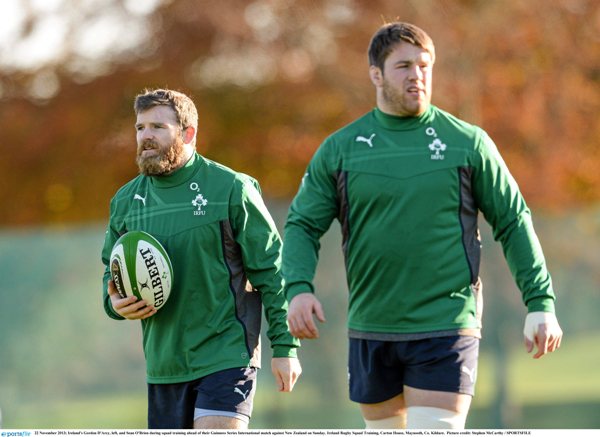 The Ireland team to face New Zealand in the final game of the Guinness Series in the Aviva Stadium on Sunday afternoon (KO: 2pm) has been named and includes 9 Leinster players and a further 7 on the bench…

Brian O’Driscoll, Johnny Sexton and Rob Kearney have been named in the Ireland XV.

Ireland captain Paul O’Connell will be partnered by Devin Toner in the second row and Cian Healy, Rory Best and Mike Ross pack down in the front row.

Conor Murray comes in for Eoin Reddan at scrum half and two try debutante Dave Kearney earns his second cap on the wing in place of the injured Fergus McFadden. Gordon D’Arcy wins his 75th cap for Ireland and will partner Brian O’Driscoll in the Irish midfield for a record 52nd time.

Brian O’Driscoll lines out for Ireland for the 128th time joining Ronan O’Gara as Ireland’s most capped player.

Leinster Academy quartet Jordan Coghlan, Billy Dardis, Steve Crosbie and Dan Leavy as well as Munster’s Ian Nagle were brought in to train with the Ireland team on Friday to allow senior players to return to their provinces.