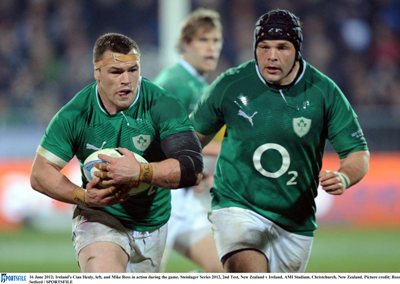 The Ireland team to play New Zealand in the 3rd Test in Waikato Stadium on Saturday (KO: 7.35pm local time/8.35am Irish time) has been named includes eight Leinster players and shows three changes to the side that came so close to defeating the All Blacks last weekend in Christchurch…

Paddy Wallace, who was called out as a replacement for the tour after Gordon D’Arcy returned home injured, goes straight into the side at inside centre to partner skipper Brian O’Driscoll.

Keith Earls has recovered from his chest injury he picked up in the first test and is selected on the left wing in place of Andrew Trimble, who moves to the replacements.

Peter O’Mahony, who came off the bench during the second test, is selected to start at No.8 as Leinster’s Jamie Heaslip is ruled out due to a broken finger. Back row Chris Henry comes into the replacements to fill the spot left after O’Mahony’s promotion to the starting fifteen.