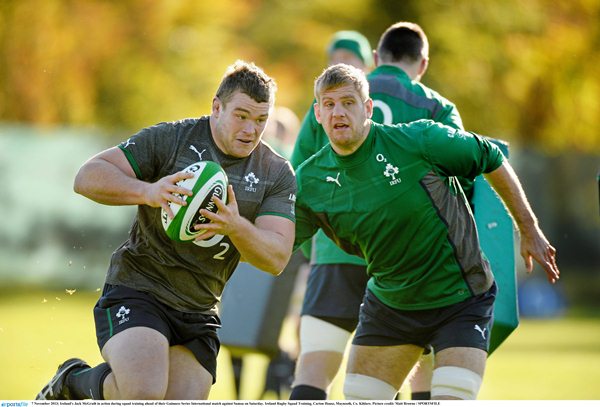 The Ireland team to face Samoa in Saturday’s opening game of the Guinness Series in Aviva Stadium on Saturday (KO: 5.45pm) has been named and includes 9 Leinster players in the starting XV with a further 6 included on the bench…

Leinster loosehead prop Jack McGrath will make his Ireland debut and he is named in the front row alongside fellow Leinsterman Mike Ross. Dave Kearney could also earn a first cap for Ireland as he starts on the bench.

In all there are six 2013 British and Irish Lions in the starting XV; Rob Kearney, Tommy Bowe, Brian O’Driscoll, Conor Murray, Jamie Heaslip and Rory Best and a further three Lions tourists Cian Healy, Paul O’Connell and Sean O’Brien named among the replacements.

Jamie Heaslip will captain the side on Saturday and it was confirmed at Thursday’s team announcement that he has been selected as Vice Captain for the November Tests and Munster’s Paul O’Connell is the Captain for the Series.