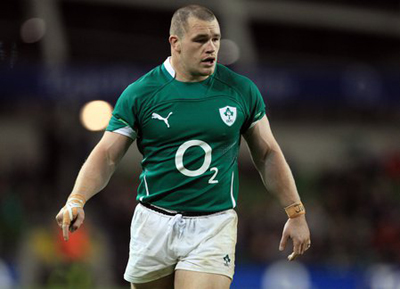 The Ireland team to face Samoa’s in Saturday’s Guinness Series clash at the Aviva Stadium (KO: 2.30pm) has been named…Replacements bench confirmed…

Ireland Coach Declan Kidney said: ”Building a squad isn’t always as easy as it seems. This time last week when we were announcing the team for South Africa the difficulty was as much in who to leave out as to who to select. You try to mix experience with youth to try and show everybody that we do have a good squad.

“I know Luke (Fitzgerald) likes to play full-back. I spoke to Geordan (Murphy) and he’s going to play for Leicester against Australia tonight and I thought Rob (Kearney) also did well last week. When he (Luke) got his games earlier in the season he was a small half yard off the pace, which was understandable coming back from injury. We have a couple of good back three players; Johne Murphy and Shane Horgan are unlucky to miss out.”

Devin Toner added: “I’m delighted. Over the moon. I’m just excited now and am looking forward to the game. I was in a little bit of shock when I found out after training on Tuesday. I have been involved in squads before and I was hoping to be called up but I’m very pleased to be selected. I’d like to see myself as a bit of a ‘lineout man’ but I’m not going to leave any stone unturned this weekend.”