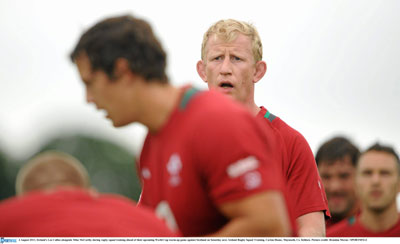 The Ireland team to play Scotland in the first warm up game on Saturday in Murrayfield (KO: 2.15pm) has been named with second row Leo Cullen named as captain for the first time…

He will lead a side that contains two uncapped players in the match day 22.  Mike McCarthy starts the game at blind side flanker in his first international appearance, while the other uncapped player Felix Jones has been named amongst the replacements.

Rob Kearney returns to start the game at full back for the first time since November having recovered from a knee injury.  Fergus McFadden and Paddy Wallace will form a new centre partnership with both Andrew Trimble and Luke Fitzgerald named on the wings.

Tom Court, Sean Cronin and Tony Buckley will pack down in the front row, with Donnacha Ryan starting alongside Cullen in the engine room of the pack. New cap McCarthy will have plenty of experience alongside him with the 50 times capped Denis Leamy starting at No.8 and Niall Ronan starting at open side flanker.