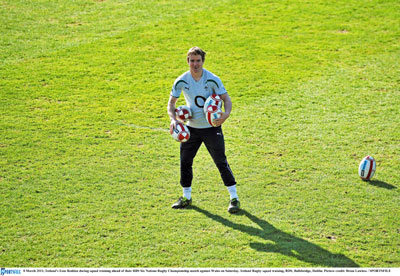 The Ireland team to play Wales in the RBS 6 Nations Championship game at the Millennium Stadium on Saturday, March 12th (KO: 5pm) has been named…

Ireland coach Declan Kidney has named an unchanged starting XV and replacements bench for Ireland’s fourth game of the Championship.

Ireland flanker David Wallace will win his 70th cap when he lines out alongside Jamie Heaslip and Sean O’Brien in the back row. It will also be his 40th appearance in the Championship.

In all there are eight Leinster players in the starting line-up, with Leo Cullen named on the bench alongside Jonathan Sexton.