14-man Ireland go down to impressive Australia U20 side 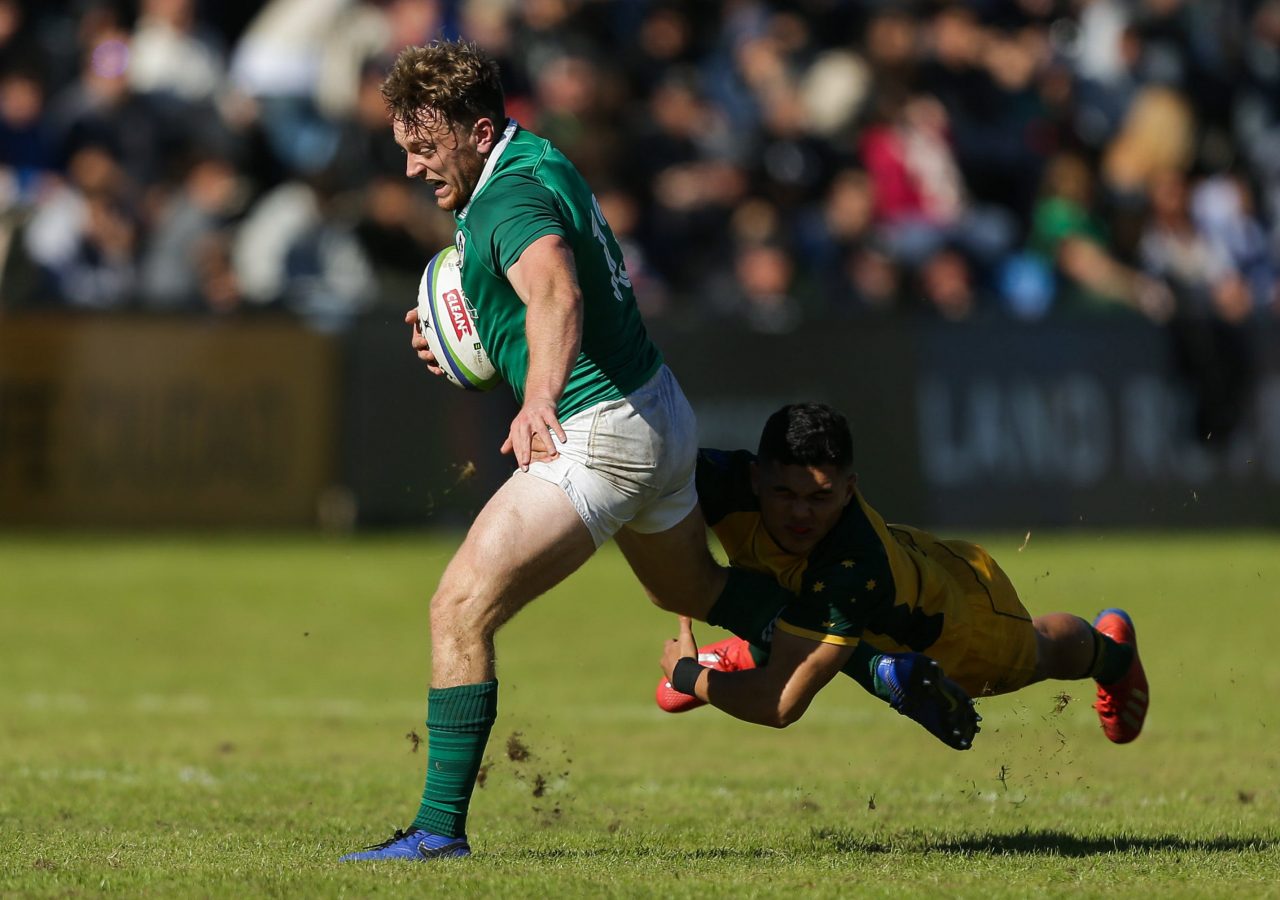 Ireland U20 have suffered defeat in their second Pool game at the World Rugby U20 Championship as Australia took advantage of an injury depleted squad to claim a 45-17 victory.

A final quarter in which the Junior Wallabies racked up 35 points gave a flattering look to the scoreline in a game that could have gone either way.

Ireland lock Ryan Baird was dismissed for a high tackle on Will Harrison in just the 21st minute with Australia just 3-0 in the lead.

Scrum-half Craig Casey nicked in for a try from a quick tap to bring the half to a close with Ireland trailing by three (10-7).

After the resumption, Jake Flannery added a penalty before Ulster centre Stewart Moore scored a fine individual try to give Ireland the lead for the first time.

However, Isaac Lucas’ 63rd minute try that enabled Will Harrison to level matters with the conversion proved to be the beginning of a rampant finish from the Wallabies.

Mark Nawaqanitawase, Nick Frost (2) and Harrison all crossed in the remaining 17 minutes to give Australia a commanding win.

Ireland sit in second with the final round of pool games to be played in midweek.