Ireland U20 side named to face Italy 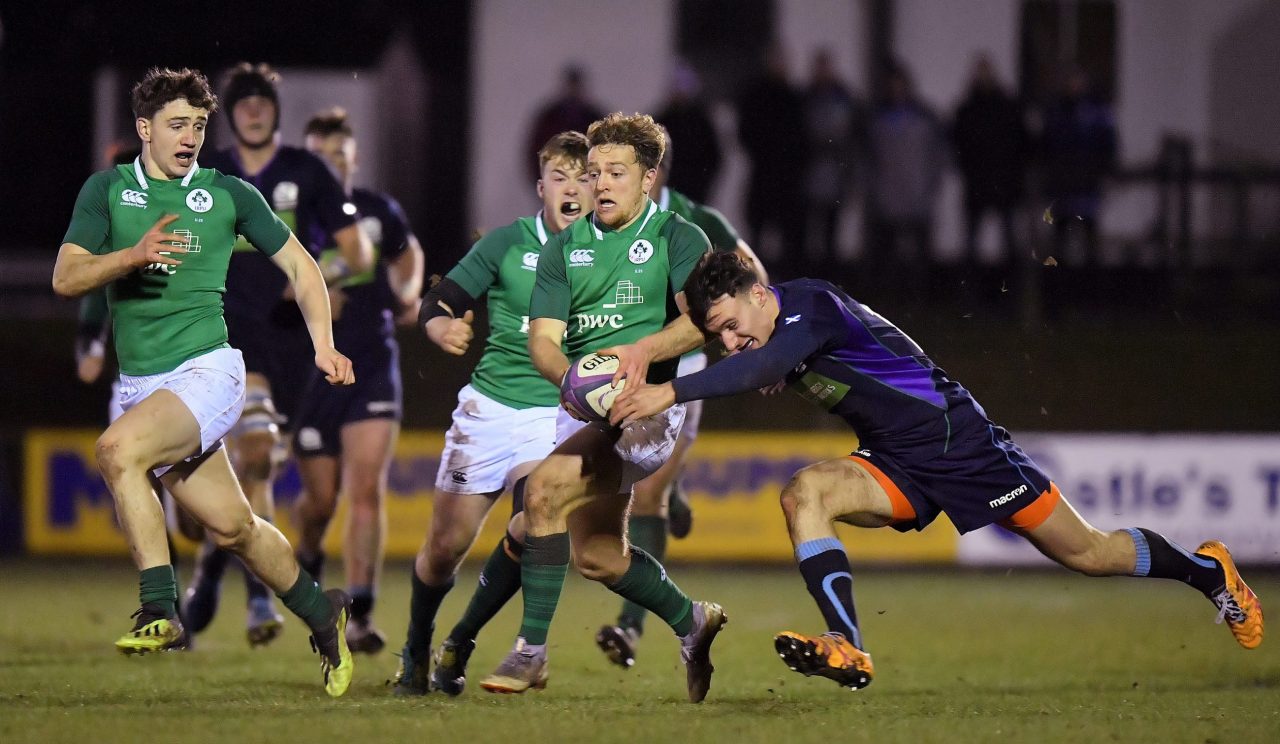 Head coach Noel McNamara has confirmed the Ireland U20 side to face Italy this Friday in Rieti, in the third round of the U20 Six Nations Championship.

The game (KO 6pm) will be streamed live via the Irish Rugby YouTube channel.

There are two changes to the starting XV that claimed a 24-5 win over Scotland last time out.

Craig Casey, who missed the Scottish tie due to injury returns to wear the Number 9 jersey and partners Out-Half Harry Byrne.

In the scrum, props Josh Wycherley and Thomas Clarkson again start alongside hooker Dylan Tierney-Martin, with Charlie Ryan and Niall Murray in the second-row.

The back-row partnership is also retained, with flankers Martin Moloney and Scott Penny packing down with Number 8 John Hodnett.

The other change to the side sees, Ulster’s Angus Kernohan, who won five U20 caps last season come onto the wing for his first appearance of this campaign. He lines out in the back-three with Jonathan Wren and full-back Jake Flannery.

There are four players named amongst the replacements who will be looking to win their first U20 caps on Friday, with Billy Scannell, Callum Reid, Ben Healy and Ronan Watters all included.

On the team announcement, McNamara said;

“We’re pleased to have won our opening two games, but the players are ambitious, and they are constantly looking for improvements in their performance, both individually and collectively.

Our previous meetings with Italy have been really challenging encounters, with only one score separating the sides in our past number of games.

The down week allowed for the players to get some good recovery in, as well as reviewing the Scotland game and looking ahead to this weekend.

We had a really positive session with the Ireland Senior side last Friday in the Aviva Stadium, so the players are now looking forward to getting back into the green jersey on Friday night in Rieti.”