Ireland U20 side to play France U20 named 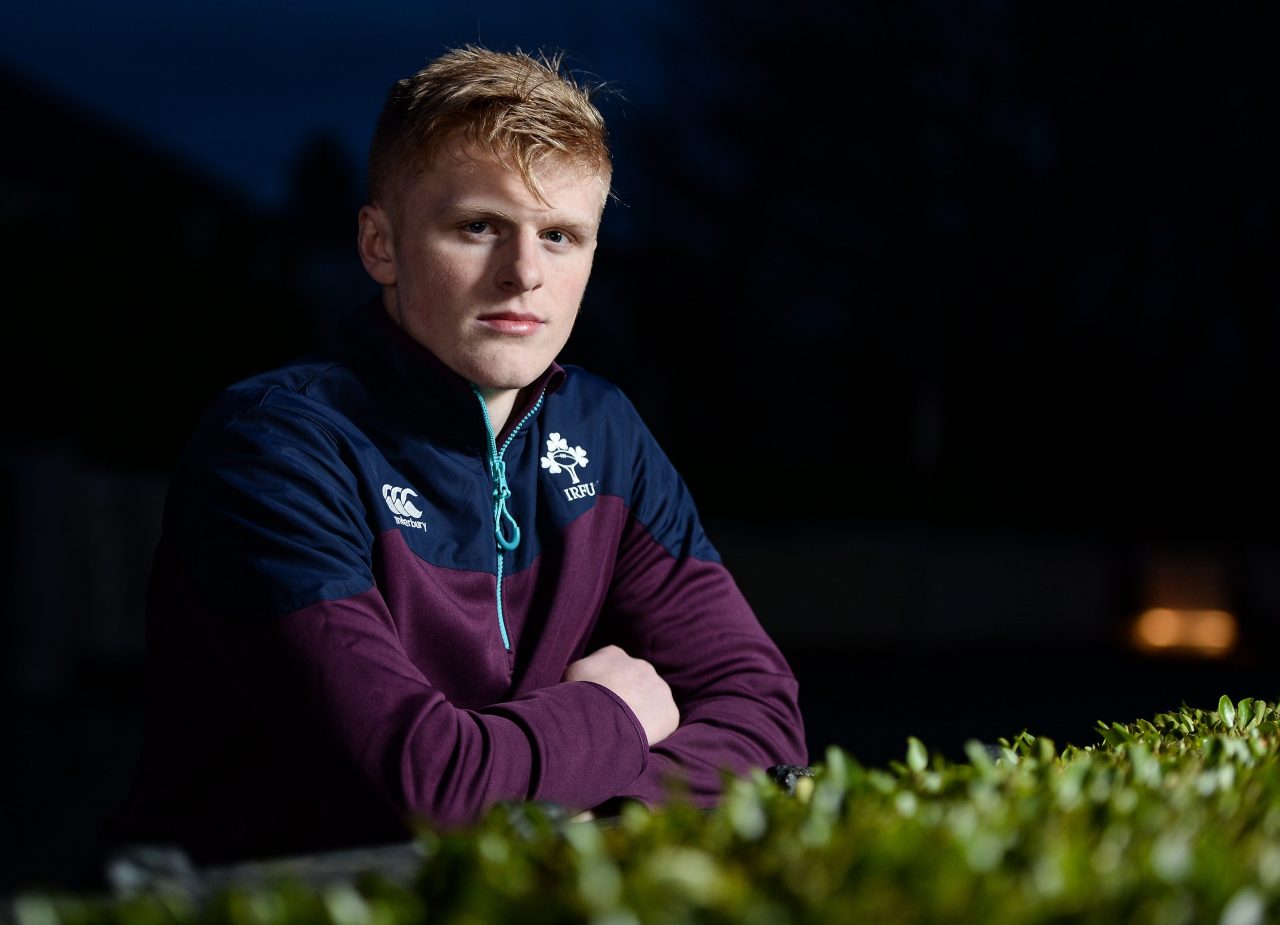 There a number of changes to the side that will run out in their first home game of the U20 Six Nations.

Ulster and Queen’s Rob Lyttle comes into the team at full-back and will win his first U20 cap on Friday night. He will be partnered in the back-field by Jordan Larmour and Calvin Nash.

Nash will captain the side in the absence of the injured Jack Kelly and Cillian Gallagher.

Tommy O’Brien will wear the number 13 jersey. He lines out alongside his UCD and Leinster team mate Ciaran Frawley in the centre.

At half-back, Munster and Garryowen out-half Bill Johnston makes his first appearance for the Ireland U20s since last June, when Ireland faced New Zealand in the U20 World Championships. He is partnered by Queen’s University and Ulster scrum-half Johnny Stewart.

The front-row is unchanged from the Italy game, with Joey Conway, Tadgh McElroy and Charlie Connolly packing down.

In the second-row are UCD’s Jack Regan and Lansdowne’s Oisin Dowling.

The back-row sees Ulster’s Marcus Rea come into the side at flanker, with Paul Boyle and Caelan Dorris wearing 7 and 8.

In the replacements, Leinster’s Ronan Kelleher will be looking to win his first Ireland U20 cap from the bench on Friday night, while Peter Cooper returns to the squad having missed the Italy game through injury. Rory Mulvihill is the third front-row replacement.

Gavin Coombes again takes his place in the replacements, while Connacht’s Sean Masterson will make his U20 debut should he be called up.

Ahead of the French encounter, Head Coach Nigel Carolan said:

“We’ve been forced to make a number of changes due to injuries this week, but that gives other players the opportunity to demonstrate what they can offer.

“The players trained with the Senior squad last Friday in Monaghan and they will have taken a lot of positives from that session which they carried into training this week.

“The French bounced back well from their defeat to England to win convincingly against Scotland, so we have a big challenge ahead of us this Friday, however with the quick surface in Donnybrook, along with playing in front of our home fans, the players are looking forward to getting out there and are looking to put in a good performance.”

The match kicks off at 8pm and tickets are available from ticketmaster.ie.

The game will be broadcast live on RTÉ 2 on Friday night.

Ireland U20 vs France U20, Donnybrook Stadium, KO 8pm

Not considered due to injury:

Fineen Wycherley – drafted into Munster squad for their Guinness PRO12 match this weekend.

Ireland U20 side to play France U20 named