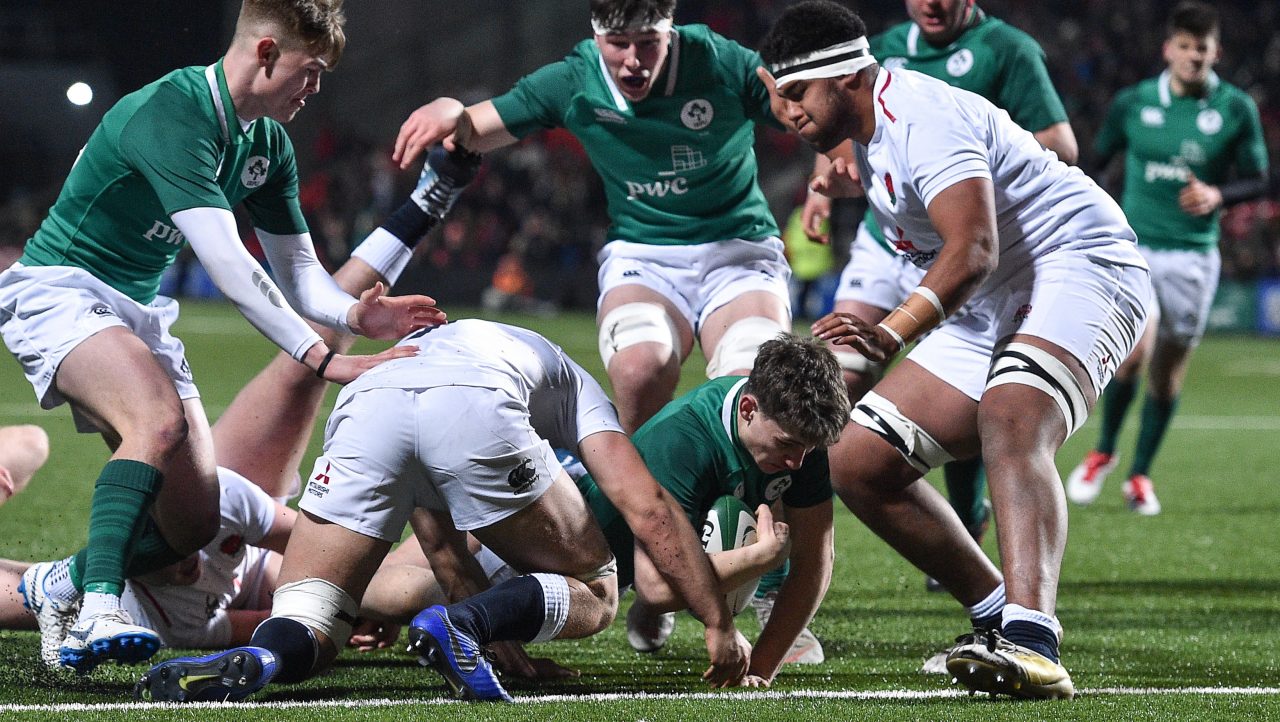 Head Coach Noel McNamara has named the Ireland U20 side to face Scotland in the second round of the U20 Six Nations.

The game takes place this Friday night at 7.30pm in Netherdale, Galashiels in the Scottish Borders.

The starting XV shows just one change to the side that defeated England 35-27.

Cormac Foley, who was a try-scoring replacement in last Friday’s win in Irish Independent Park comes into the side at scrum-half, replacing Craig Casey who is ruled out through injury.

Up front, props Josh Wycherley and Thomas Clarkson again start alongside hooker Dylan Tierney-Martin, with Charlie Ryan and Niall Murray in the second-row.

Martin Moloney, Scott Penny and Number 8 John Hodnett are named in the back row.

Scrum-half Foley is partnered at half-back by Harry Byrne and captain David Hawkshaw renews his centre partnership with Liam Turner.

In the replacements, Luke Masters and Colm Reilly will be looking to win their first U20s caps if called up on Friday night.

Before departing for Scotland, McNamara said:

“We got things started on a really positive note on Friday night in Cork, and it was a credit to the players with how well they finished the game.

“It was great to get the Championship off with a win like that, but there’s a new challenge in front of us this Friday and I’ve no doubt Scotland will be hurting from their loss against Italy.

“The players are very much focused on their own jobs for this Friday night, and they’re looking forward to their first away test of the campaign.”

There is no broadcast of the game, but score updates will be available on Twitter via @IrishRugby.