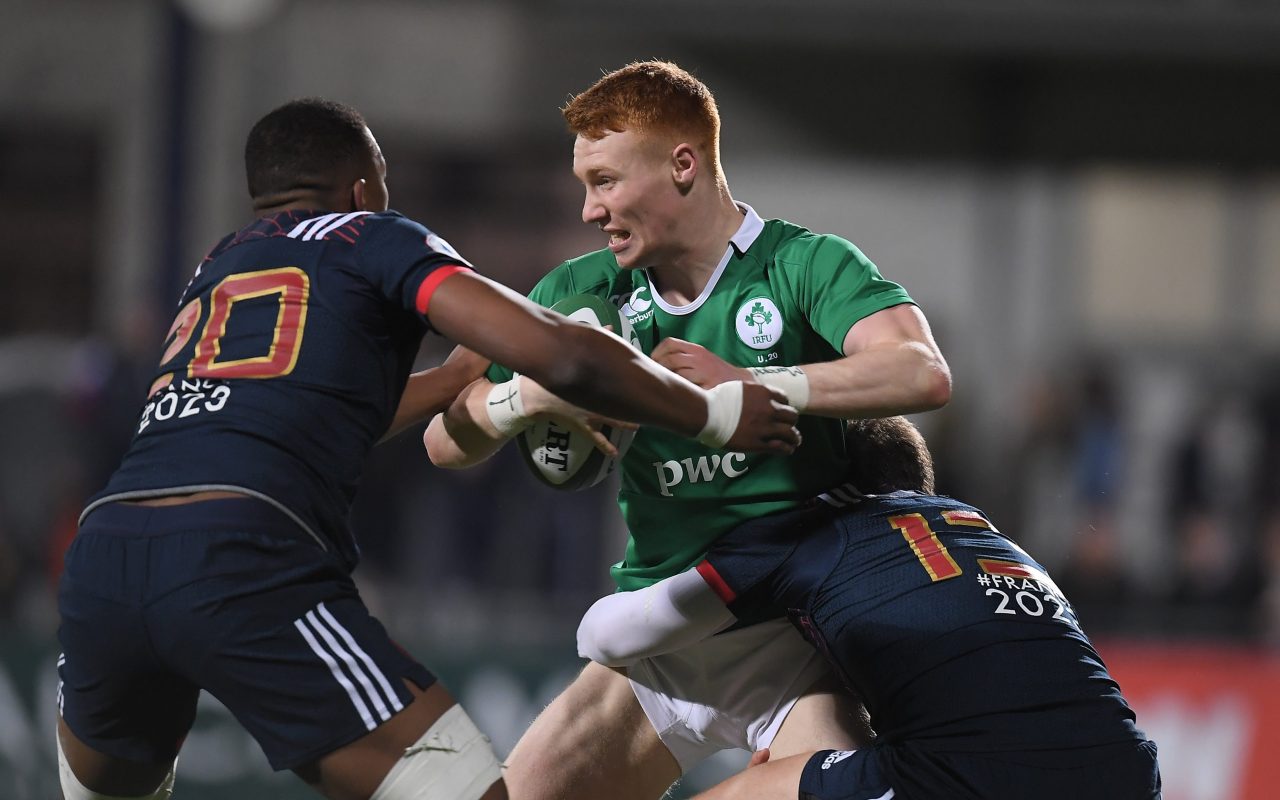 Ireland U20 will be looking to bounce from defeat to Italy in their opening World Rugby U20 Championship match when they face Scotland on Sunday.

There are six changes from the side that fell to a one-point defeat to Italy on Wednesday afternoon.

UCD’s Ronan Kelleher comes into the starting side at hooker, replacing Diarmuid Barron who suffered a fractured thumb in Wednesday’s game against Italy. Barron has since returned home to Ireland and Adam Moloney has been called into the squad in his place.

Alongside Kelleher in the front row, Naas man Jordan Duggan comes into the side at tighthead and will win his first U20 cap. Duggan comes in for Joey Conway who is unavailable for this game due to tightness in his back. Charlie Connolly remains at loosehead.

In the back-row, Sean Masterson will make his first start for the U20s, having been used as a replacement against Italy. He packs down with captain Paul Boyle and number 8 Caelan Doris, who has recovered from the injury that kept him out of the opening game.

Jack Stafford gains his first start for the Ireland U20s at scrum-half and he will partner Conor Dean who will again wear the number 10 jersey.

Ciaran Frawley and Gavin Mullin renew their centre partnership, and in the back three, Alan Tynan will start at full-back, with Jack Kelly and Calvin Nash, who scored two tries against the Italians, on the wing.

At the captain’s run at the Kutaisi Stadium, head coach Peter Malone said:

“Italy was a tough game and everyone was really disappointed with the result, but you can’t afford to dwell on these things in this type of tournament.

“We’ve reviewed that game and looked at the key areas that went wrong for us. We’ve also had the chance to look at Scotland and we know from our meeting during the Six Nations it’s going to be another tough game.

“The players have recovered and trained well over the last three days and now they’re just really looking forward to getting out there again tomorrow.”

The match will be broadcast live by eir Sport in the Republic of Ireland an on ITV in the UK.