Ireland U20s through to JWC semi-finals 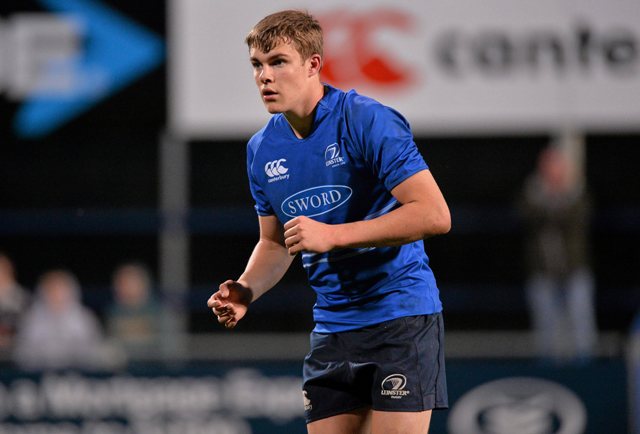 The Ireland Under-20s got the job done in difficult weather conditions as they defeated Fiji 38-0 to qualify for the IRB Junior World Championship semi-finals for the first time.

Ciaran Gaffney and Conor McKeon both crossed the whitewash, in addition to three penalty tries, to send Mike Ruddock’s side through as Pool B winners. Previously unbeaten France lost top spot after going down 13-3 to Wales.

The Auckland wind and rain played their part in an error-strewn first half as Ireland’s bid for a bonus point win – a result which guaranteed their place in the last-four – took a while to get off the ground.

Ireland played into Fiji’s hands at times courtesy of some wayward kicking and handling errors and they had to show admirable patience in pursuit of their tries.

Fiji missed two penalties either side of a successful eighth minute penalty from Garry Ringrose, who took over the place-kicking after Ross Byrne picked up a slight knock.

It was past the half hour mark by the time Ruddock’s youngsters had registered their opening try, with Fiji losing number 8 Vincent Sosefo to the sin-bin. His team-mates were unable to avoid the concession of a penalty try.

Indeed, the Fijians only had 12 players on the pitch – forwards Ameniasi Natuiyaga and Aseri Robarobalevu were binned in quick succession – when the Irish scrum piled forward to win a second penalty try on the stroke of half-time. Ringrose’s conversion made it 17-0.

Galwegians winger Gaffney then cut through for a well-taken try nine minutes into the second half and a third penalty try made certain of the bonus point with 13 minutes remaining.

There was still time for Ringrose to tee up replacement McKeon for Ireland’s fifth try of the afternoon. He converted it himself to put 38 points between the sides – the biggest winning margin in the pool.

An Ireland squad containing Jamie Heaslip, Tomas O’Leary and Tommy Bowe reached the Under-21 World Championship final back in 2004, but this is the first time that an Irish team has advanced to the semi-finals at the Under-20 grade.

Head coach Ruddock said before kick-off that ‘the weather has introduced another challenge and is probably more like Irish weather than Fijian.’ Nonetheless, his side were guilty of a number of loose kicks early on and Fiji’s Josese Kurukava slid a kickable penalty to the left and wide.

Fijian full-back Tubuka Vueti took Dan Goggin out in the air as he chased a high kick from out-half Byrne. Goggin had to go off temporarily as his centre partner Ringrose opened Ireland’s account from the resulting penalty kick.

A crooked lineout and retreating scrum hampered Fiji, although Max Abbott’s lineout throw was just too forceful for jumper Josh Murphy as the Islanders had a let-off five metres out from their line.

There was a second missed opportunity for Ireland when their scrum conceded a penalty on this occasion, Fiji holding firm and enjoying more possession approaching the end of the first quarter.

Vueti missed a long range penalty effort and Ringrose did likewise at the other end after an incisive run from flanker Rory Moloney, with Ireland’s patience really being tested.

Cian Kelleher and captain Jack O’Donoghue got Ireland back on track and Gaffney tested the Fijians out wide when chasing his own kick through.

Murphy seized a ball that squirted free from the subsequent ruck and as the Irish piled up towards the line, Sosefo saw yellow for an obvious ruck offence.

The ensuing scrum resulted in a penalty try as the Irish forwards got the shove on. Ringrose converted from in front of the posts for a 10-0 lead.

With half-time looming, carries from O’Donoghue and Kelleher again got Ireland in to an advanced position and openside Natuiyaga joined his back row colleague Sosefo in the sin-bin.

Ireland pressed for a late try off a scrum 15 metres out. Two collapses resulted in loosehead prop Robarobalevu being flashed a yellow card and as the Irish pack dominated a third successive scrum, referee Alexandre Ruiz awarded them a timely penalty try which Ringrose converted with the last kick of the half.

Ireland’s accuracy was lacking on the resumption as Murphy spilled forward and scrum half Ryan Foley threw a misplaced pass, although a fine catch by Alex Wootton gave the back-line a rare opportunity to spread the ball wide.

It was scrappy fair as 13-man Fiji kept Ireland out of scoring range – that was until a slashing midfield break from the increasingly influential Gaffney saw him slide over to the left of the posts.

The 49th minute try came from a good lineout set-up in the Fijian 22 and following Ringrose’s conversion, Ireland began to look more composed with Byrne and replacement Nick McCarthydirecting matters from half-back.

Ringrose was also threatening in open play and he consistently got over the gain-line. However, just as Ireland were making ground a worrying shoulder injury sidelined inside centre Goggin.

Robust carries from O’Donoghue, who put in an excellent shift at number 8, and replacementsHarrison Brewer and Frankie Taggart had the Fijian defence stretched in sight of the hour mark, with reserve prop Oisin Heffernan only inches away from try number four.

That all-important score came in the 67th minute – and from a familiar source – as O’Donoghue dribbled forward at the back of another powerful Irish scrum and with Fiji infringing, referee Ruiz signalled for a penalty try which Ringrose converted.

Credit to Fiji, they kept looking for openings but spilled ball in their 22 was turned into Ireland’s final try with just two minutes left on the clock. Out-half McKeon scooped up possession and linked with Ringrose whose impressive footwork and neat inside pass sent the former over for the closing seven-pointer.