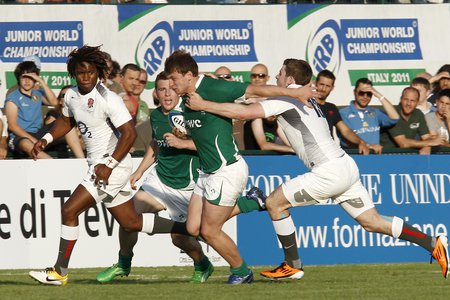 The Ireland Under-20 team (sponsored by PwC) to play South Africa on Tuesday (KO: 7.10pm Irish time) has been named by Coach Mike Ruddock…

Ruddock has made five personnel changes to the starting XV that lost out to England in their opening game of the IRB Junior World Championship.

Tiernan O’Halloran comes in at full back with Craig Gilroy moving to the wing. JJ Hanrahan will partner Brendan Macken in the centre.

James McKinney has been promoted to the starting side in the out half position with Paddy Jackson named in the replacements.

Daniel Qualter has been named alongside Michael Kearney in the second row with Aaron Connelly making his tournament debut in the back row.

Iain Henderson, Dominic Gallagher, and Luke Marshall have been named in the replacements.

Speaking about his selection, Ruddock said: “We have looked closely at South Africa and they present another massive challenge. Typically they are a big and very physical side. Combine that with a four day turnaround and it is important that we introduce some freshness into our team.

“As such I have made five changes to the team that played England. The players coming in are all experienced age grade internationals and they will be keen to perform on the big stage.”