IRELAND UNDER-20 TEAM TO PLAY ENGLAND U-20 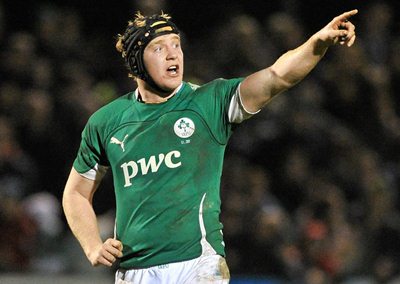 The Ireland Under-20 Team (Sponsored by PwC) to play England in their second game of the IRB Junior World Championship in South Africa on Friday (KO: 5.45pm Irish time, 6.45pm local time) has been named.

The Irish management has retained the same starting XV that defeated hosts South Africa 19-23 in their first game of the tournament.

Shane Buckley and Stuart Olding have been named in the replacements.

Speaking of the task ahead, Coach Mike Ruddock said “England are the current 6 Nations Champions and we will have to reproduce the intensity we showed against South Africa if we are to get a result in this game. We have done our homework and we are now looking forward to the game.”

The games will be shown live on TG4 and Sky Sports.