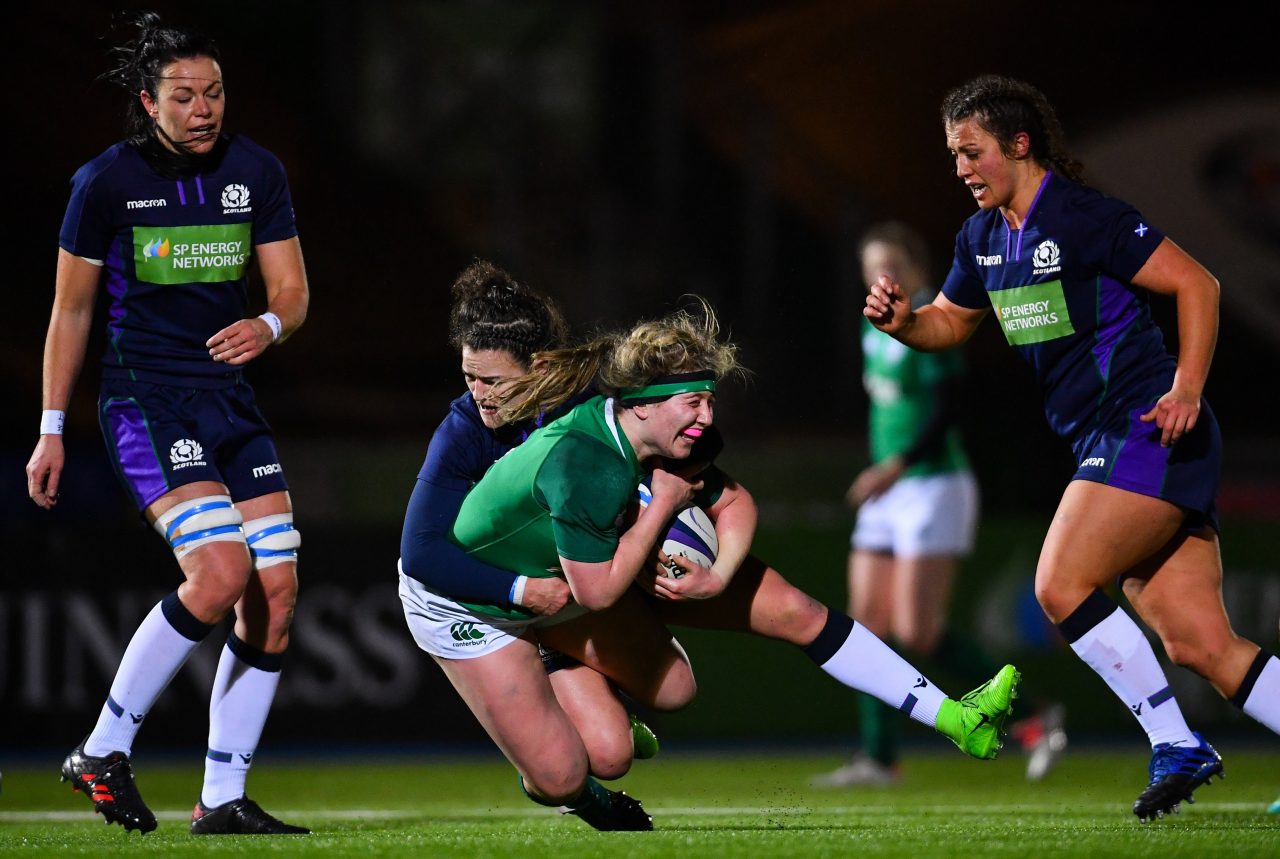 The Ireland Women’s team to face Italy in the third round of the Women’s Six Nations tournament has been named.

Head Coach, Adam Griggs has made just one change to the opening team that overcame Scotland 5 – 22 in their last outing a fortnight ago in Glasgow. Kathryn Dane makes her first start of the tournament coming in at scrum half.

Ailsa Hughes moves to the bench and joins Lindsay Peat and Laura Sheehan who are named in the squad for the first time this tournament.

Heading into the mid tournament test, Griggs said “It was great to come away with five points after the Scotland test. It was a physical game in tough conditions, but the players were focused on putting in a good team performance together and showing the quality rugby they can produce.

We were pleased with the opportunities that we created and while the challenge for this group is to become even more clinical under pressure, we definitely feel each week we are improving and taking the right steps to get there.

The Italian game should be a cracker, they have played well of late and are unbeaten so far in this championship which isn’t easy to do.

We have been preparing diligently and know they have quality footballers that will put you under real pressure, we will need to be aware of these and look to close them down early if we are to get any success this Saturday night.”

The match will be broadcast live by RTE, with coverage beginning at 6.30pm