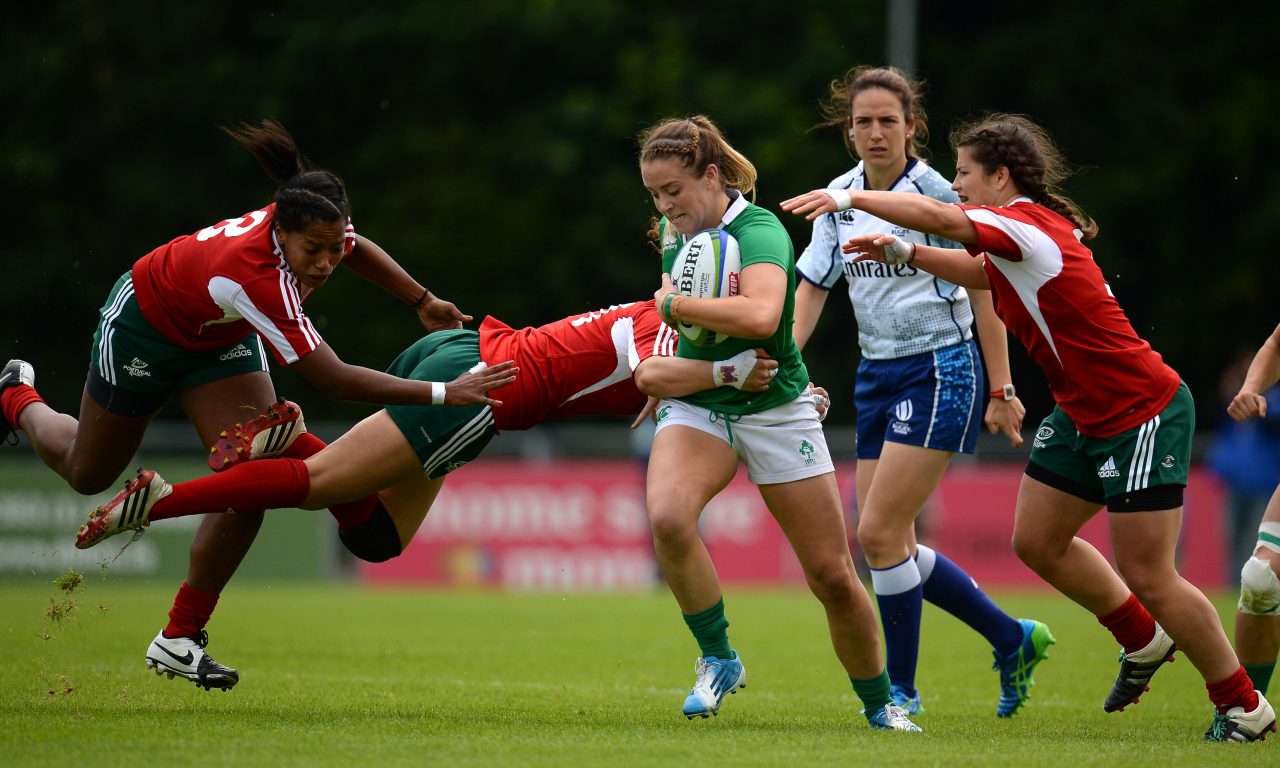 The tournament features the world’s top 24 men’s and 16 women’s teams and will be played on 20th – 21st July at AT&T Park in San Francisco’s Bay Area.

The tournament format is a knock-out style draw, meaning teams will have to win every match to be crowned World Cup winners.

Ireland face England in the opening Round of 16 match, with the winner progressing to the Championship Quarter-Final against either Mexico or New Zealand, while the loser will go into the Quarter-Finals of the Challenge competition.

Captain Lucy Mulhall finished the World Rugby Women’s Sevens Series with a total of 85 points this season. The Wicklow play-maker scored 5 tries and 30 conversions in 27 games.

Ireland’s top try-scorer Amee-Leigh Murphy-Crowe scored 18 tries on the World Series this season and also touched down eight times at the opening round of the Rugby Europe Grand Prix in Marcoussis two weeks ago.

Scrum-half Stacey Flood is set for her 23rd consecutive appearance in green. The Railway Union player has featured at every senior tournament Ireland have been involved in since summer 2015.

Forward Ashleigh Baxter is set to feature in her fourth World Cup, having lined out at the Rugby World Cup Sevens in Russia in 2013 and she has played in two 15s Women’s Rugby World Cups in England in 2014 and Ireland in 2017.

Also featuring in their second World Cup this season are Katie Fitzhenry, Louise Galvin and Hannah Tyrrell, with all three having lined out at the 15s tournament in August.

Kathy Baker, Eve Higgins and Deirbhile Nic a Bhaird are all included, after making their Ireland 7s debuts this season.

Ahead of the weekend, Director of Sevens Rugby, Anthony Eddy said:

“The players have all been looking forward to the tournament for a number of months and they are all excited to make the journey to San Francisco.

“The team put in a number of good performances at the Rugby Europe Grand Prix in Marcoussis in France recently and they’ll be looking to build on that going into the first game of the World Cup Sevens on Friday week.

“We have had several close games with England this season so it is set to be a challenging way to start the tournament, but the players are very focused and know what’s needed of them to get a result.”