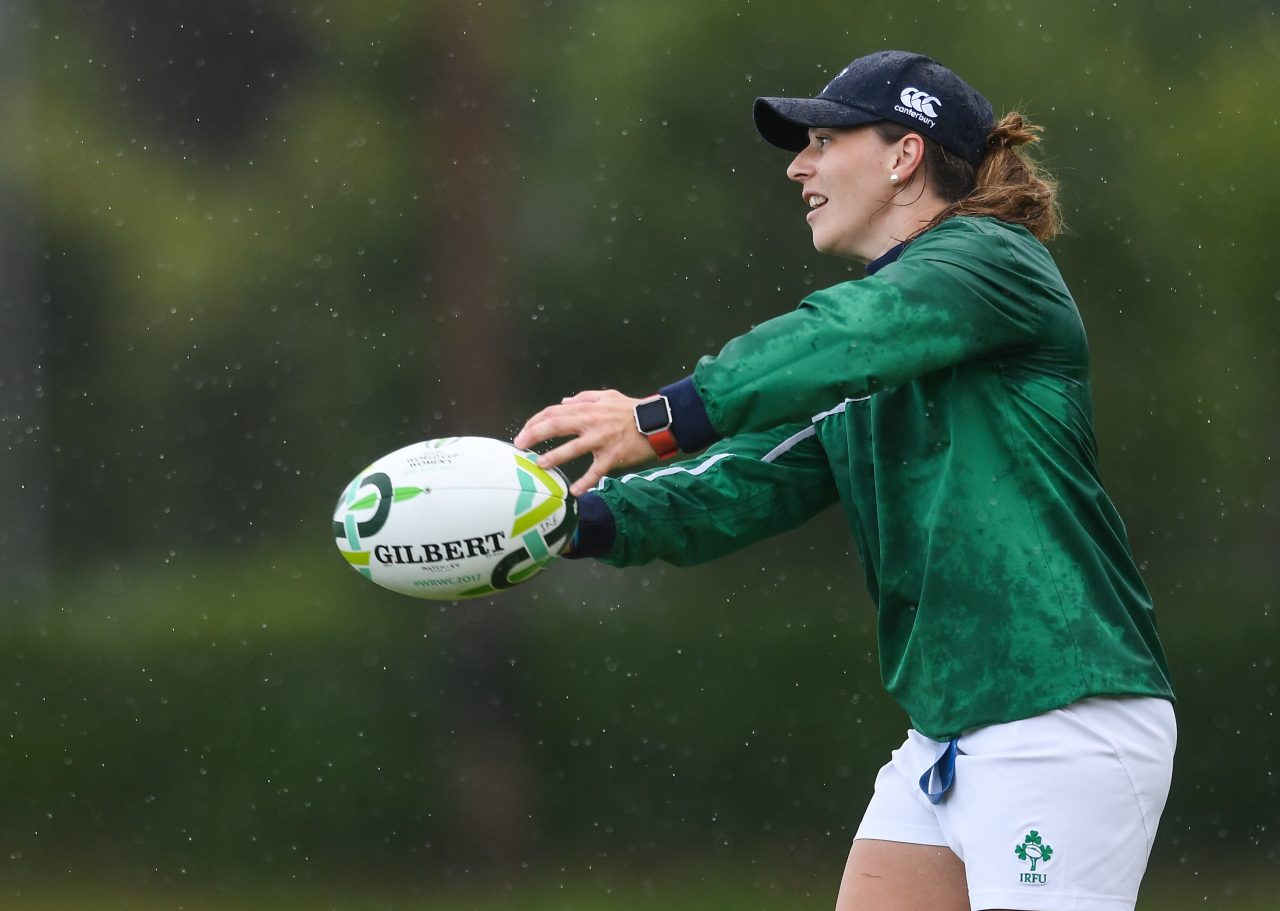 Katie Fitzhenry has been named in the Ireland Women's 7s squad. Photo by Eóin Noonan/Sportsfile

The Ireland Women’s 7s side for first round of the Rugby Europe Grand Prix, which takes place in Marcoussis, Paris, on Friday and Saturday has been confirmed.

The tournament, which will be live streamed on RugbyEurope.tv, is the first of two competitions that make up the Rugby Europe Grand Prix Series, with the second leg taking place in Kazan, Russia on the 1st and 2nd September.

Ireland have been drawn in Pool B with Poland, Scotland and Wales.

Lucy Mulhall captains the side, which shows one change from the team that lined out for the final round of the World Rugby Women’s Sevens Series in Paris earlier this month.

Audrey O’Flynn returns to the team, having missed out on Paris.

The remainder of the squad is unchanged and features youngsters Kathy Baker and Eve Higgins, who both won their first caps this season and celebrated birthdays this week, with Baker turning 20 and Higgins, who was one of the nominees for Rookie of the Year at the World Rugby Sevens Awards, turning 19.

Both players, along with fellow squad members Aoife Doyle, Stacey Flood, Katie Heffernan and Amee-Leigh Murphy-Crowe have progressed through the Ireland Women’s Sevens pathway, having played at Under 18 level before progressing to the senior ranks.

Ahead of the competition getting underway, Director of Sevens Rugby, Anthony Eddy said:

“This weekend is another important tournament in our season and with the standard of rugby continuing to improve across all competitions, the players will have some tough games ahead over the next two days.

“With two legs on the Grand Prix Series, we’ll be looking to get things off to a good start tomorrow and finish with some valuable points on the board ahead of the second leg in Kazan in September.

“The Sevens Rugby World Cup is also now only a few weeks away so we will be looking to build momentum ahead of our departure to San Francisco.”