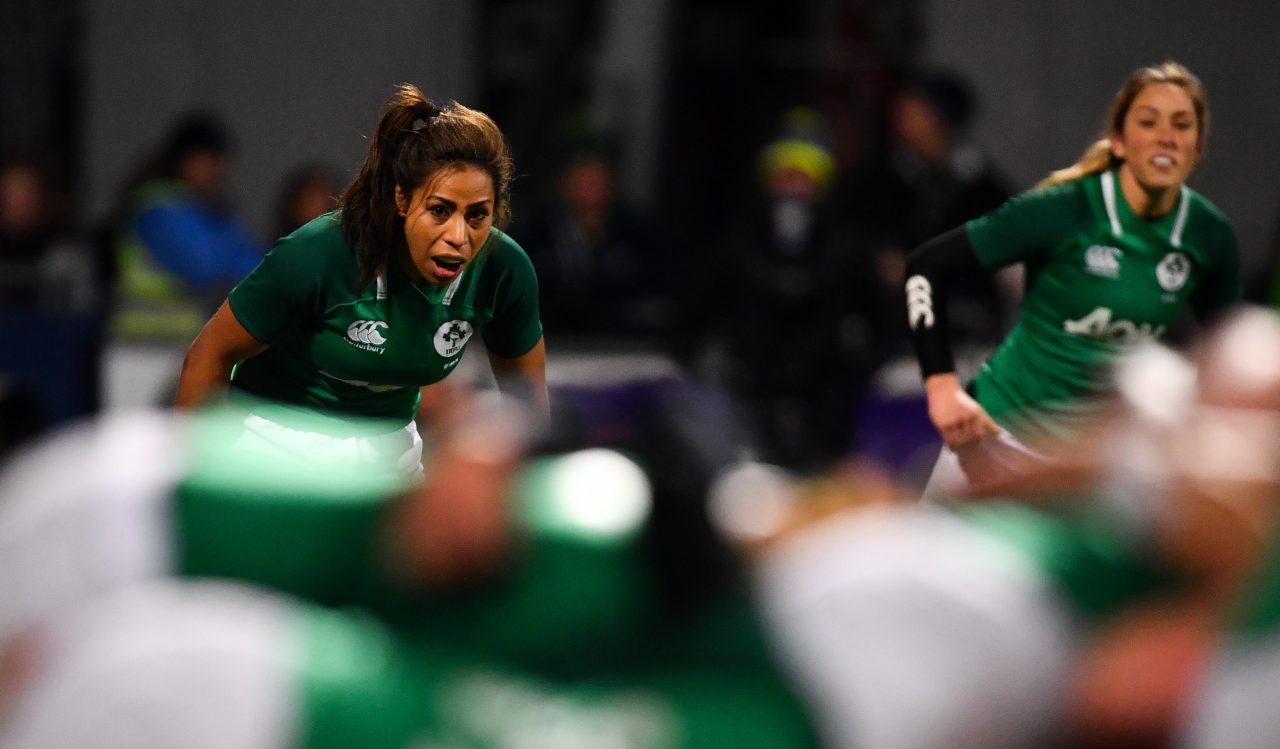 The Ireland Women’s team to face France at Energia Park on Saturday (KO 7pm) in the penultimate round of the Women’s Six Nations has been named.

Head Coach Adam Griggs has made five changes to the starting side who narrowly lost to Italy a fortnight ago in Parma.

Uncapped Enya Breen is to start in the centre alongside Sene Naoupu.

Lauren Delaney, Eimear Considine and Alison Miller take up their positions again in a familiar back three.

Nicole Fowley and Kathryne Dane have been named at out-half and scrum-half respectively.

Up front, Deirbhile Nic A Bháird makes her first start of the tournament at hooker, alongside Laura Feely and Fiona Reidy.

Speaking ahead of the test Griggs said:

“We have a big fortnight ahead of us with two tough matches to finish this competition off. We’ve put a lot of work in since Italy to rectify some of the areas that we felt let us down and cost us that result. We need to be clinical when we get into good areas of the field and put teams under pressure with our physicality and strong defence to make teams work harder for their points. There have been a lot of positives in each game we’ve played and we must keep building on them along with our work ons to put together a more comprehensive performance.

“France is no mean feat and we know they are coming to Dublin to try and get a result. They are the current champions for a reason and are coming here on the back of two good wins, but we know if we can get our detail right we can put them under pressure and make them have to rethink the way they approach this game.

“The atmosphere in Energia Park has been fantastic. There was a record crowd against England and we’re expecting another great turnout on Saturday night . I know the team want to give the supporters a really strong performance and show them we are grateful for their support.”

Tickets for this fixture are available at ticketmaster.ie.

The match will be broadcast live by RTÉ, with coverage beginning at 6.45pm.