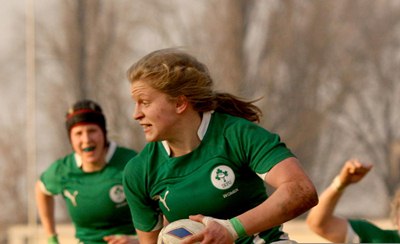 The Ireland Women’s Sevens Squad for the FIRA/AER European Women’s Championship in Ghent has been named.

Ireland coach Jon Skurr today announced a 13 woman squad for the tournament which takes place in Belgium this weekend.

The tournament is of huge importance to the team as it is the first round qualifier for the IRB Women’s Rugby 7s World Cup which will be held in Moscow in 2013.

In order to qualify for the World Cup, Ireland must finish in the top two in Belgium and then progress to the final qualifying tournament in Moscow on June 30th and July 1st where they need to finish in the top 5.

To date the Ireland Women’s Sevens team have won the Kinsale 7s and the RugbyRocks 7s in London and won the plate final at the Amsterdam 7s.

The squad will be captained by Ireland flanker Claire Molloy and includes Ireland’s most capped player in Lynne Cantwell as well as newcomers Ashleigh Baxter and Claire Keohane. Five of the squad are drawn from reigning Women’s All-Ireland Champions club UL Bohemians.

Ireland are drawn alongside Czech Republic, Poland, Israel and host country Belgium in Pool B.

Speaking about the Women’s Sevens programme that started in May, head coach Jon Skurr said, “I am extremely pleased with the progress of the squad to date. Whilst we have only had a short time working together, the players have shown massive commitment and a very strong work ethic which has been instrumental in our success thus far.

“Belgium will be very much going into the unknown in terms of the teams we are up against but I am confident that we can do the job required and progress to the next level.”