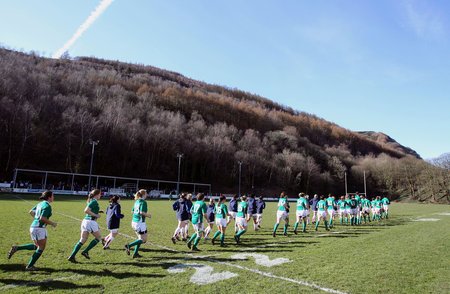 Doyle has made four changes – three personnel and one positional switch – to the starting XV side that was narrowly defeated by Wales, 15 – 14 last Sunday.

Ailis Egan makes her first start of the season coming in at prop with Lauren Day reverting to the bench. Laura Guest moves to the back row with Heather O’Brien starting alongside Marie Louise Reilly in the second row.

Larissa Muldoon makes her first start having impressed off the bench in recent outings.

Ireland play England in Ashbourne RFC, Meath on Friday 18th March with a 7.30pm kick off. Tickets can be purchased at the gate.