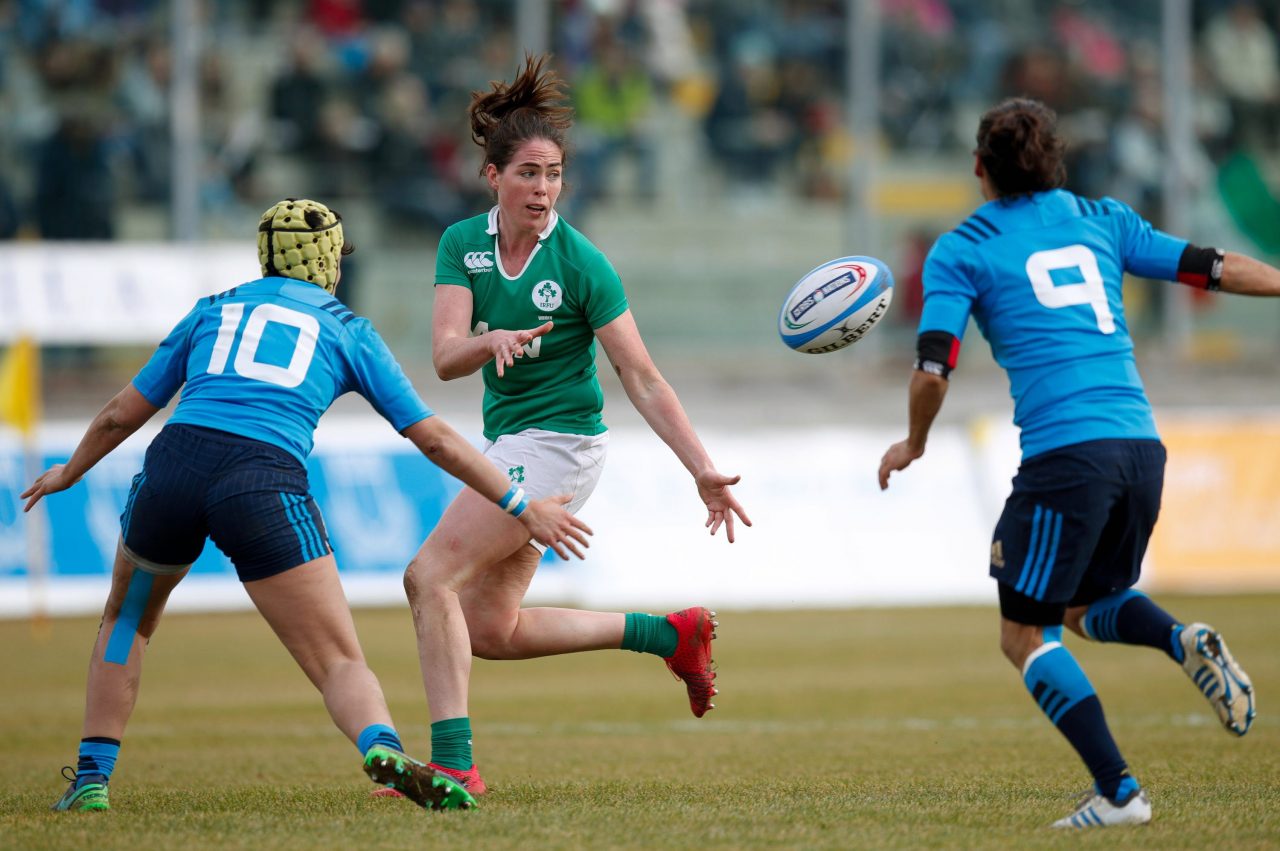 There are several changes to the side that claimed a bonus-point win over Italy in L’Aquila.

Sophie Spence moves from the replacements to partner Marie-Louise Reilly in the second row and there is a new-look backline, with Mary Healy wearing the number 9 jersey, partnering the experienced Nora Stapleton at out-half.

In the centres, Claire McLaughlin comes into the side, having been a replacement in Italy and Scotland and she will line up beside Jenny Murphy.

The back three sees Mairead Coyne at full-back with Eimear Considine and Kim Flood, who was part of the Ireland 7s side in Dubai and Sydney, on the wings.

The substitute’s bench sees Ruth O’Reilly make her return to the international set-up, having recovered from a knee injury.

She makes up the front-row replacements alongside Ciara O’Connor and Ilse Van Staden.

The replacement backs are Larissa Muldoon, Nikki Caughey and the uncapped Louise Galvin.

“We made things hard for ourselves at times in Italy, especially in the first half where we weren’t as accurate as we needed to be. However in the second half we improved and to claim the try-bonus with the last play of the game was very pleasing

“We now head into a tough test on Sunday against the French. They recovered well from their defeat to England on the opening weekend to show why they are defending champions as they beat Scotland well.

“We’ve got a couple of players getting their first Six Nations starts of this season, and we’re looking to continue to give players more game time as we continue to develop depth in the squad ahead of the Women’s Rugby World Cup in August.

“It’s our first home game of the Six Nations so we’re hoping to see a big turnout of fans on Sunday in Donnybrook.”