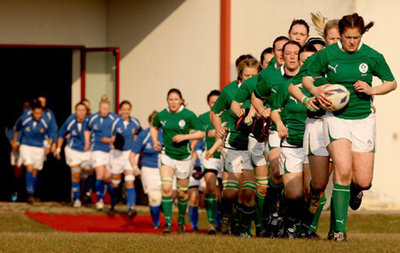 The Ireland Women’s team to play Scotland in the RBS 6 Nations Championship on Saturday in Lasswade RFC, Edinburgh (KO: 2pm) has been named by Head Coach Philip Doyle…

Doyle has made a number of changes to the side that lost out 12-14 to France in the last round of the championship.

Two players have been promoted from the bench, Leinster’s Emer McManamly makes a start in the front row while Heather O’Brien comes into the in the second row to partner Marie-Louise Reilly. Laura Guest moves from the second row to the back row.

Lauren Day and Carol Staunton have been named in the replacements.

Ireland Coach Philip Doyle said: “We came very close to a win against France, but in the end they held out. We can take a lot of positives from that performance with us to Scotland.”

“The mood in the camp is upbeat and there is a sense of desire to deliver a performance in what will be another tough encounter against Scotland.”