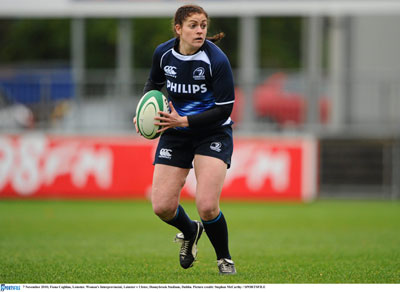 The Ireland Women’s team to play Wales in the RBS 6 Nations Championship on Sunday in Cross Keys RFC (KO: 2.30pm) has been named by Coach Philip Doyle…

There are three changes to his opening side that overcame their Scottish counterparts 5 – 22 in their last outing of the RBS 6 Nations Championship a fortnight ago.

Lauren Day and Carol Staunton make their return to the starting XV in the front and back row respectively. Laura Guest will partner Marie Louise Reilly in the second row.

Ailis Egan comes into the squad on the replacements as Doyle seeks to increase the number of player’s gaining experience at this level. Heather O’Brien also takes a place on the bench.

Speaking ahead of this weekend’s game, Doyle said: “The squad are looking forward to this weekend’s test. Wales away is always a strong challenge and we are under no illusions about the strength of this Welsh side.

“We have had good results so far in the tournament and are striving for another positive result this weekend.”