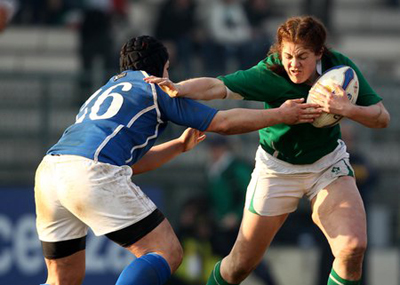 The Ireland Women’s team to play France in Ashbourne RFC on Friday in the first home game of the RBS 6 Nations Championship (KO: 7.30pm) has been named…

There are no changes to the team that started the championship with a 26-5 win over Italy last Sunday.

Ireland coach Philip Doyle said: “We have a brand new squad this season and we capped a lot of new players last weekend. We have a very short turnaround time this week and we felt the need for continuity and to bed in the combinations.”

Ireland will again play their home games in Ashbourne RFC. They have attracted a big crowd to the games in recent seasons and are hoping to build on that this season.