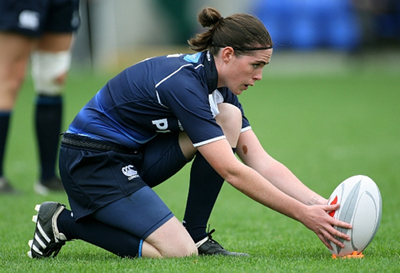 Fiona Coghlan will captain the side and is joined in the front row by Gillian Bourke, now playing her club rugby in Bristol and Lauren Day, who missed out on the Women’s Rugby World Cup through injury.

Marie Louise Reilly, is joined in the second row by Laura Guest.

Carol Staunton and Claire Molloy will pack down in the back row either side of dynamic number 8 Joy Neville.

Nora Stapleton, who made her debut against Italy last year moves from the wing to out-half, a position she has been playing for her club side Old Belvedere. She will be partnered in the half backs by Blackrock’s Amy Davis.

The highly experienced Lynne Cantwell is joined in the centre by Highfield’s Geraldine Rea.

Niamh Briggs will again assume the kicking duties from full back with UL Bohemians wingers Mairead Kelly and Niamh Kavanagh completing the back three.