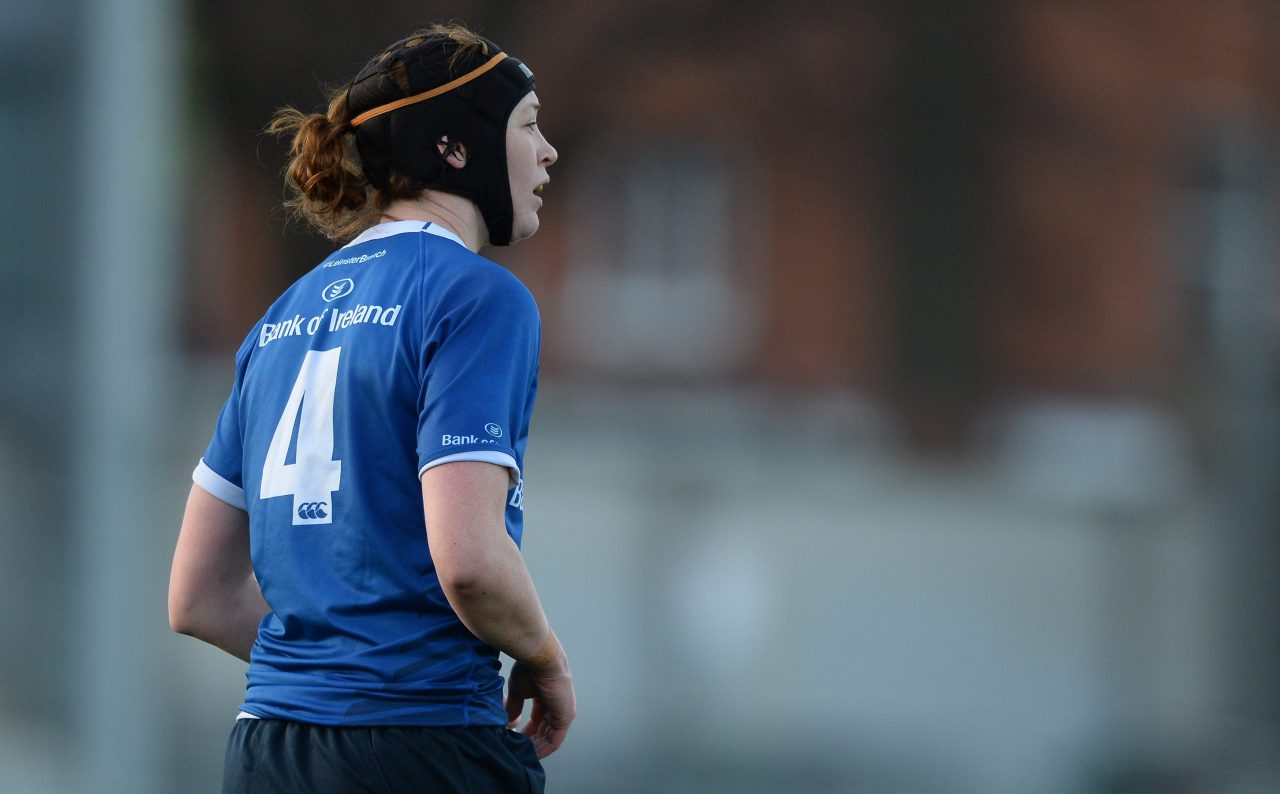 The training panel boasts 13 players with previous World Cup experience including Claire Molloy, Marie-Louise Reilly, Niamh Briggs and Nora Stapleton, who will be hoping to appear in their third World Cup having featured in England (2010) and France (2014).

Nine players are uncapped at 15s, with six of those uncapped players being Ireland 7s internationals.

Players from eleven clubs across the country, along with exiles Sene Naoupu, Claire Molloy and Deirbhile Nic a Bhaird, make up the panel.

The top four teams in the All-Ireland League are well represented, with Railway Union leading the way with 10 players. This includes Lindsay Peat, sisters Kim and Stacey Flood as well as teenage outhalf Eve Higgins, who will concentrate on completing her Leaving Certificate before turning her full focus to World Cup matters.

Eight players from Old Belvedere, with the vastly experience quartet of Ailis Egan, Sophie Spence, Jenny Murphy and Alison Miller, who along with Stapleton and O’Reilly, made up the spine of the Ireland team that made the World Cup semi-final in 2014. 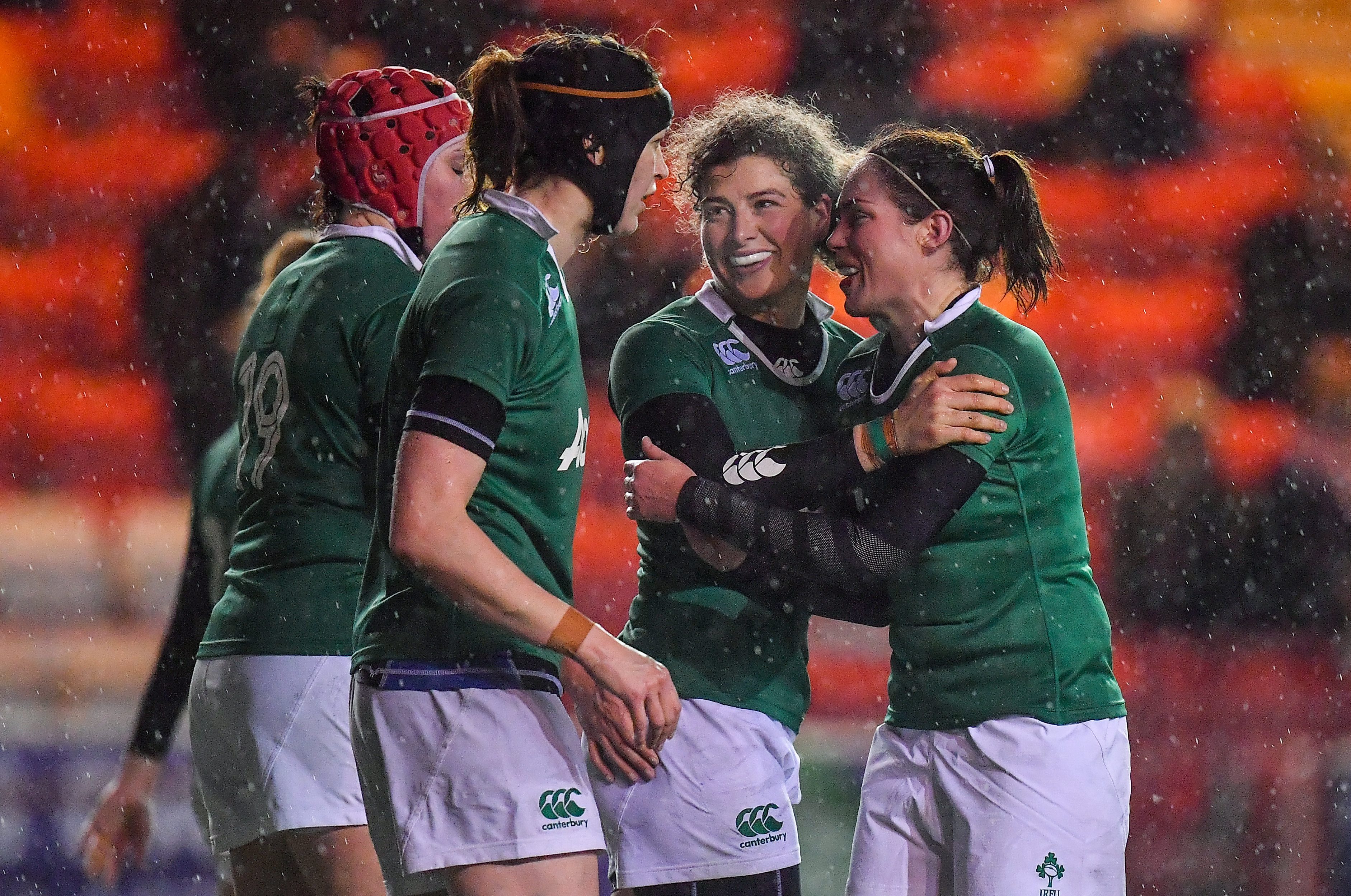 Hooker Leah Lyons who started in every game of this year’s Six Nations, is one of three Highfield players in the panel.

Cooke also have three players, one of whom is Ashleigh Baxter who will be hoping to play in her second World Cup.

Paula Fitzpatrick who captained the team in the Six Nations in Niamh Briggs’ absence is one of three players in the panel from St. Mary’s College RFC.

Dual 15s and 7s international Katie Fitzhenry and Jeamie Deacon are the two Blackrock players to make the panel. 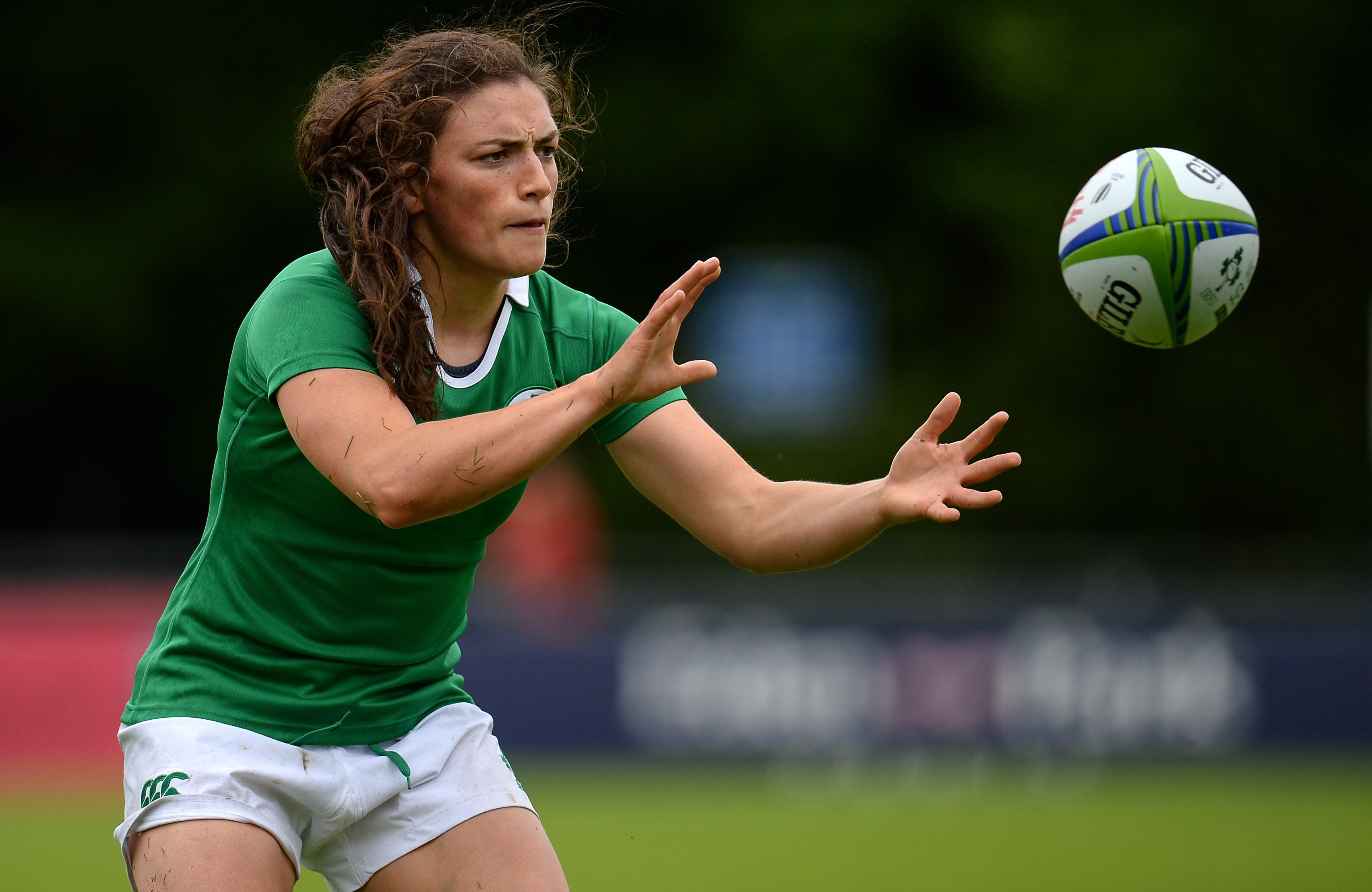 “From the November tests and throughout the Six Nations, we wanted to develop depth in the squad and provide players with the opportunity to put their hand up for selection for the World Cup.

“Finishing in second place in the Six Nations was a positive result for the team and we will look to build on this prior to August and the World Cup.

“The main goal for the coming months is to have our players as best prepared as possible for the World Cup.

“It’s a huge opportunity for the players, and for the country, to have an event as big as this one on our door step and we want to give the players every opportunity to perform over the course of the competition.

“The aim now is to make sure the players that have been selected on this panel are all up to speed on how we want to play our game in August, as well as being physically fit for what will be a challenging and demanding tournament.”

“We have named an experienced panel, encompassing players from a wide cross section of our clubs.

“It’s an exciting group and includes players who’ve performed for Ireland on the international stage, players we’ve been working closely with in the National Women’s Programme, as well as several players who have been rewarded for their performances at provincial and club level over the course of the season.

“As well as the nine internationals we’ve played since November, we will have a series of warm up games with a view to preparing well for the demands in August.

“Selection in this panel does not guarantee selection in the WRWC squad announced in July. Players from outside the panel will continue to be invited to training days, where the can compete for positions and final selection. We will have the best players from a wide number of our clubs and communities across Ireland.”

The players selected will be involved in both skills and national camps over the coming months, and will play two warm-up games against Japan and a training camp with Spain, in the build-up to Ireland’s opening World Cup game against Australia on the 9th August.

The final squad for the Women’s Rugby World Cup will be confirmed in July.