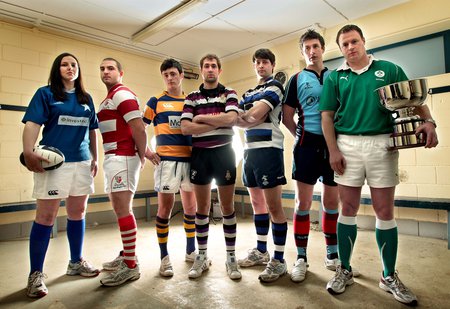 There will be four provincially based tournaments and an All Ireland Club Sevens Championship, with the winning team representing Ireland at a European ‘Ultimate 7’s’ Tournament during the summer.

The IRFU Club Sevens tournaments will see both Men’s (Senior and Junior) and Women’s teams drawn from clubs that compete in the regular fifteen-a-side provincial leagues. The top two teams from each provincial sevens competition will then go on to compete in the IRFU All Ireland Club Sevens Championship.

The Sevens programme will be further extended in the 2011/2012 season to include a schools and youths championship.

The four provincial rounds of the IRFU Club Sevens will take place in May with the All Ireland Championship taking place in St. Mary’s College RFC on May 21st this year.

The Leinster and Connacht Championships take place a week later on May 14th, with Terenure College and Galway Corinthians RFC the respective venues.

IRFU Domestic Game Manager Scott Walker said: “The advent of Rugby Sevens as an Olympic sport will see a surge in interest and popularity for the game as a whole. The IRFU Club Sevens Championship aims to introduce the skills of the seven-a-side game at grassroots level with the emphasis on the development of Irish players and the transition to the fifteen-a-side game.”

“We conducted an extensive survey of players and coaches in recent seasons, and Sevens was high on the list of activities that they wanted to see more of. The IRFU Club Sevens Championship will be a great addition to the rugby calendar, a wonderful social occasion and also a fantastic way for players to develop and hone their skills.”

More information on the IRFU Club Sevens Championship including tournament details, coaching and playing tips and registration can be found on www.irfusevens.ie