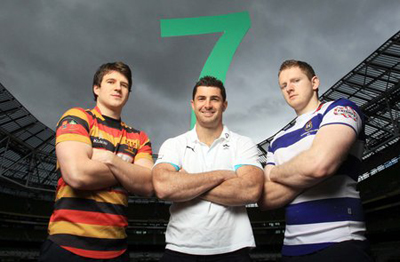 The new Interprovincial Championship will complement the upcoming IRFU Club Sevens Championships that are taking place during May in each of the four provinces.

“We have a strong belief in the quality and adaptability of the Irish Rugby player and the great challenge that Irish Rugby has in terms of Sevens Rugby is creating that talent base that will make the progression from domestic competition to potential international standard. The first rung on the ladder for that talent is the Club Sevens Championships and now, with the introduction of the Interprovincial Sevens Championship, we hope that this will be a vehicle to begin the identification of that talent.”

The closing date of April 21st for entering teams into the provincial IRFU Club Sevens Championships is fast approaching and clubs can enter their team by logging onto www.irfusevens.ie. The championships are open to both men’s (Senior and Junior) and women’s teams drawn from clubs that compete in the regular fifteen-a-side provincial leagues.

The IRFU Sevens programme will be further extended in the 2011/12 season to include a schools and youths championship.